If You Miss the Joy of Pokémon GO, Play Magikarp Jump | The Mary Sue 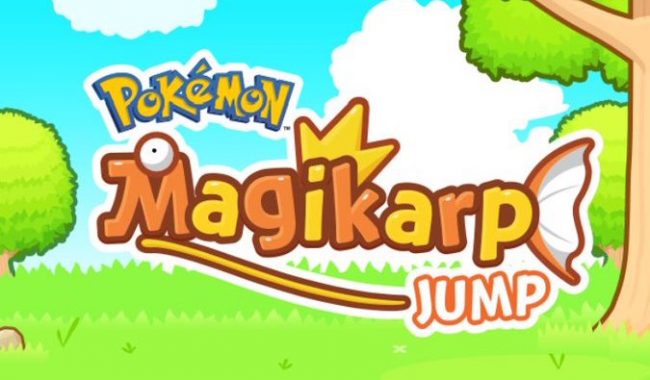 Magikarp Jump isn’t getting the same amount of hype and attention as Pokémon GO did last summer, but it’s a mobile game that’s definitely worth your attention.

Magikarp gets a pretty bad rep as a useless Pokémon. Remember when the Pokémon Company literally releasing a song about how the fish is “so weak it’s actually shocking”? The biggest appeal of Magikarp for most has traditionally been its ability to evolve into a Gyarados. Still, that doesn’t mean they don’t have potential—judge a fish by its ability to climb a tree, etc.

The game begins like most Pokémon games, with the introduction of a professor and your first Pokémon only this time you’re a Magikarp trainer and instead of fighting you have to try and get your Magikarp to jump as high as possible with training and food to accumulate Jump Power, or JP. You make your way through the league by jumping higher than other fish, and collecting badges. It’s a kind of silly premise, but I was hooked almost immediately. 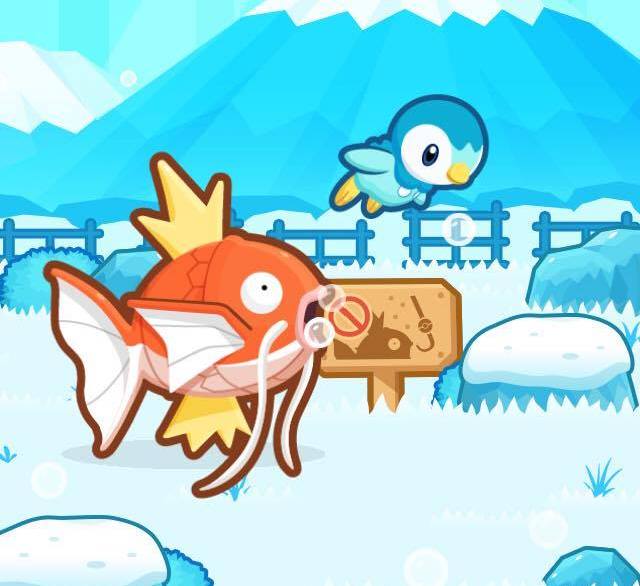 It keeps things interesting by making your level proportional with the amount of JP your Magikarp can have. Once the fish reaches their JP limit, they have to retire and you start training a stronger fish. Other factors like lake decoration, Pokémon companions (like Piplup above), and random encounters that can consist of a dude giving you money or a Pidgeotto snatching your Magikarp make this exciting. You might not think of yourself as a Magikarp person, but within a few rounds you’ll be obsessing over different Magikarp patterns and diet.

My favorite thing about Magikarp Jump is how laid-back and relaxing it can be. Sure, there’s a battle element and the sadness of having to retire a fish, but as a gamer who always gets way too caught up in cute side-quests and collecting things, this is the kind of understated thing I love. Sometimes you don’t want to save the world and curate a whole Pokémon team, you just wanna hug your fish around and make it jump really high. It’s the perfect mobile game to fill the Pokémon GO-shaped hole in my heart (I know it’s still there, but it doesn’t bring me the same kind of joy anymore).

Also, if you’ve ever felt a bit wrong about making Pokémon attack each other violently this is a nice alternative.