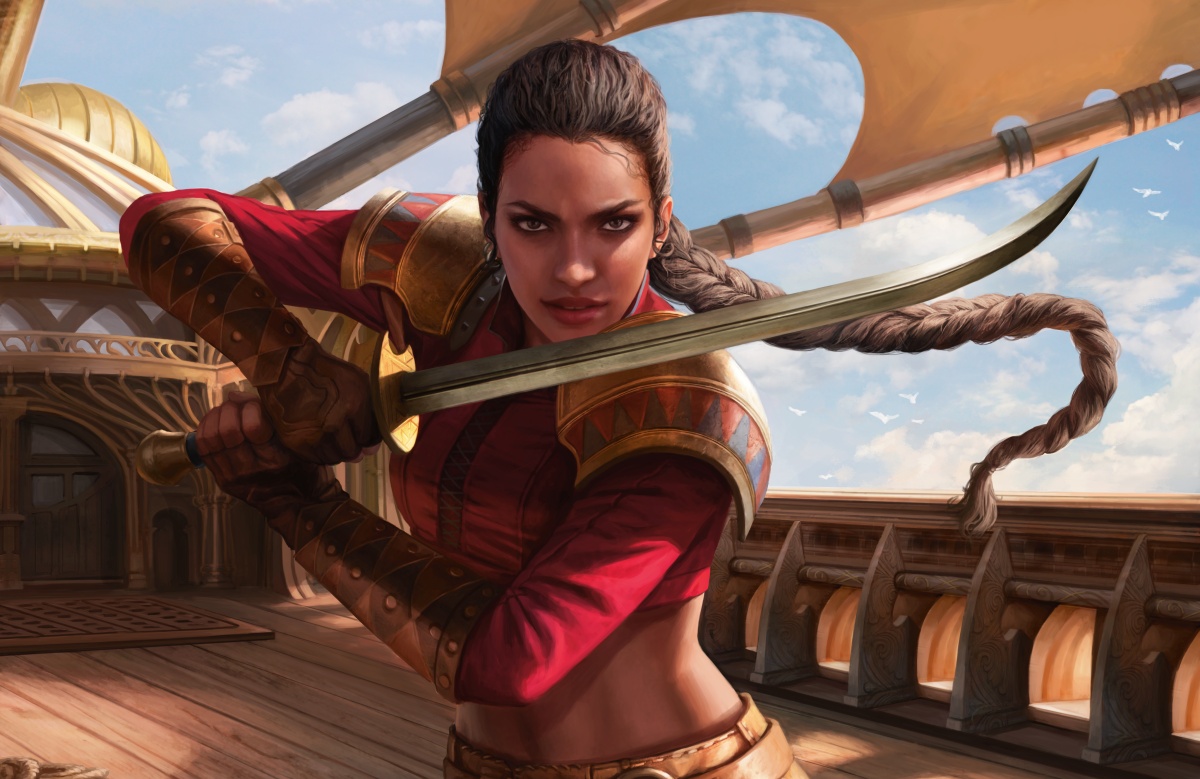 Last week, we shared the news that Magic: The Gathering will release a “Secret Lair” reprint collection for International Women’s Day. It’s an exciting set of reprints that highlights Legendary female characters from the Magic lore, especially those which can be used in Commander. With each purchase, $25 will be sent to The World Association of Girl Guides and Girl Scouts (WAGGGS), a charity of choice for International Women’s Day, with whom Magic publisher Wizards of the Coast partnered first. WAGGGS is the largest global movement dedicated to girls and young women and serves over 10 million members across the world.

The Mary Sue: For the non-Magic: The Gathering people out there, what exactly is “Secret Lair” and what makes it such an exciting project to work on creatively?

Mari Hall: Ultra Collectable reprints featuring the most exciting artists today! This is a great opportunity for collectors to get reprints of their favorite cards, themes, or even make their Commander deck a little more special with a limited International Women’s Day Commander.

Meris Mullaley: “Secret Lair” is a series of limited release card sets lovingly curated around a deck theme, an art style, or event. These are love letters to Magic, in a way, showcasing our favorite cards in ways we’ve never done before.

It’s a fun opportunity to work with artists who might not normally work on Magic or who we’ve always wished could appear on a Magic card. In the case of International Women’s Day, we worked with some of our powerhouse Magic artists on a release that celebrates the women behind the card game. Creatively, within the studio, the ‘Secret Lair” series have also offered an opportunity for creative team members to contribute in new ways to projects. There is a welcoming vibe on the team to pitch an idea to the product leads. 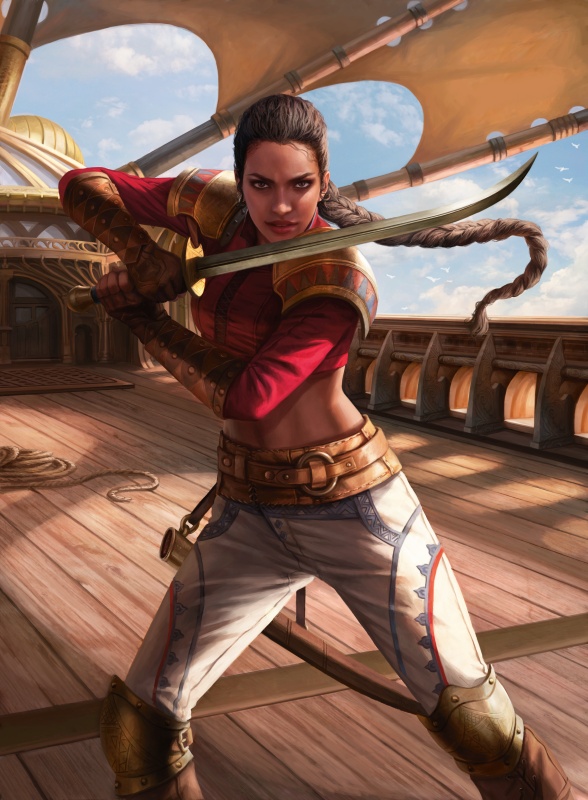 TMS: What made Wizards decide to do something like this for International Women’s Day? How long did it take to just go from an idea floating around, to something you all knew would be a worthwhile project? What was your role in helping bring this project together?

Then, a group got together to brainstorm how we could approach this list of drops, and that was when we started thinking about card types, art styles, and our overall creative approach.

Hall: I was lucky enough to art direct these cards. Magic has so many talented female artists, and my role was to select five to work with. I chose them based on their unique expressions and the vibe I wanted them to capture with each commander. 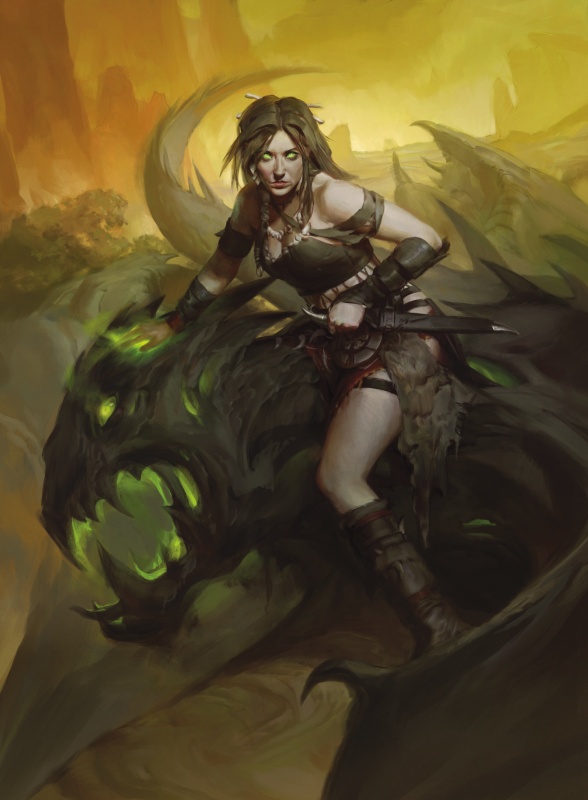 TMS: There are so many amazing female characters in the world of Magic, and for this project, you picked five Legendary women: Captain Sisay (my personal favorite ), Meren  of Clan Nel Toth , Narset, Enlightened Master, Oona, Queen of the Fae, and  Saskia the Unyielding. What about these five women and their stories with the Magic universe made them become the “Dream Team” for this set? Do you have a favorite?

Hall: Meris can give you a little more insight in that, as she had the incredibly difficult task of picking just five. It is very hard to pick; they are all so strong, unique, and beautiful! My favorite Commander is Kallia of the Vast. Angel, demon, or dragon—she’s got your back! From this series, my favorite commander has to be Meren of Clan Nel Toth. Guess I like powerful women and dragons! [Laughs]

Mullaley: I had the honor (and challenge) of choosing the five cards that went into this drop. I gravitated toward women whose stories were more heroic, or at least ones who were protagonists. Old and outdated fantasy tropes feature women as helpless damsels or villainous. So, I guess I wanted to feature women who were leaders, protectors, and simply someone you’d want as your ally.

A lot of us who play Commander build decks around themes or characters that speak to us or represent us in some way. So, it was also very important to me that this lineup include diverse representation.

Narset is my favorite character, especially as a Planeswalker, but Planeswalkers can’t be your commander. So yeah, I am glad we met her before she sparked, so I could include her. 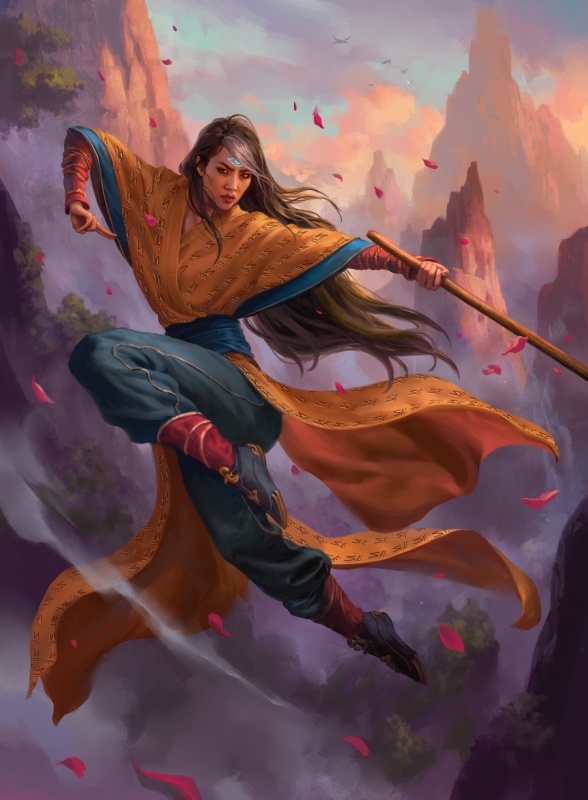 TMS: What were the criteria for who was considered in the running for being picked (there are no Planeswalkers among the group) and who are some of the other female characters in the running to be a part of the set?

Mullaley: The first criteria was women who could be your Commanders—who could lead your deck in glory—so they needed to be legendary creatures. I chose characters who came from different sets, different planes, and covered a range of mana colors. I tried to ensure that there would be someone for nearly everyone.

I chose characters we haven’t seen in a while, so some other cool women from recent sets didn’t make the final cut. I know I probably forgot your favorite character, but maybe they will appear somewhere else soon … 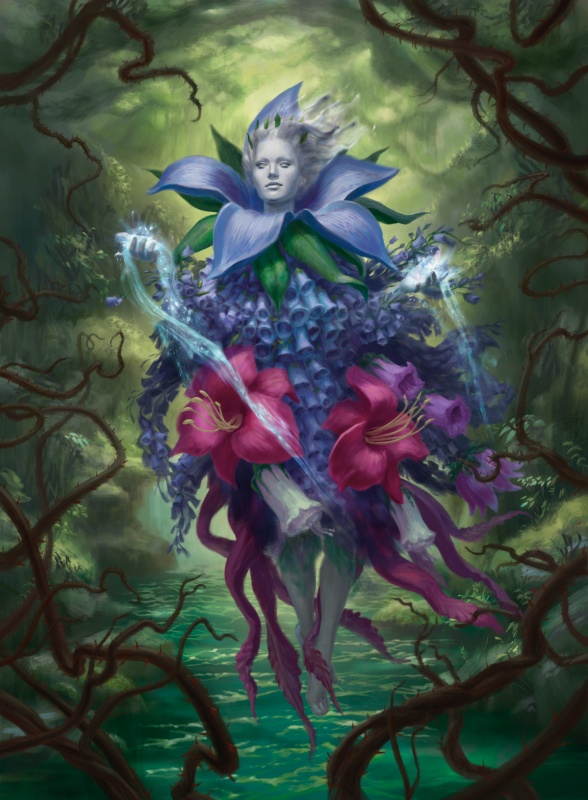 TMS: In terms of collaborating with the artists for the cards (Mila Pesic, Livia Prima, Cynthia Sheppard, Anna Steinbauer, and Magali Villeneuve) was there anything specific that you wanted from them, or did you give them room to pick who they wanted and design the cards accordingly?

Hall: Some artists, I’ve been lucky enough to have worked with before. and some I have adored for years. When I was trying to figure out which artist to pair up with each Commander, it was pretty easy, as they all have their unique style and attitude that would complement these Commanders. I gave them a brief and general direction, but their talent, imagination, and creativity are what brought these cards to life. I love all of these Commanders; they all did such a fantastic job!

Mullaley: I think we said, “Give these women as much card space as possible.”

I particularly love that Cynthia Sheppard was able to paint one of the cards. She’s been such an important part of Magic as an artist and an art director. 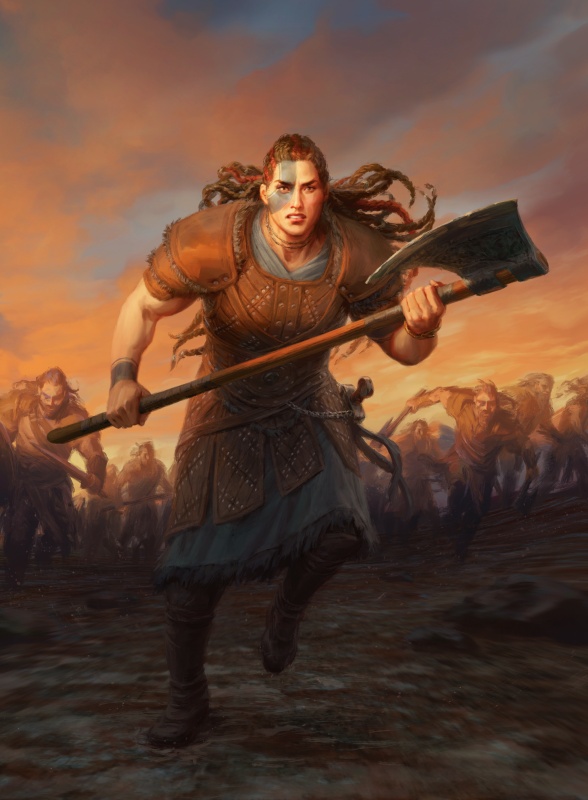 TMS: What was your favorite part of working on this project, and can we look forward to any more special non-set-themed “Secret Lair” events in the near future?

Mullaley: My favorite thing about this specific project is celebrating the women behind Magic—from those of us who work at Wizards of the Coast, to the talented artists who regularly bring our cards to life, and to the characters who live in our worlds.

The two other “Secret Lairs” that I was involved in (OMG Kitties!, and Year of the Rat) have already been released, but I’m excited for you to see what other secrets 2020 holds for you.

Hall: For me, it is the honor of working with these amazing artists, and the thrill of getting an email from them when the first sketches come in—and they take your breath away! I hope people love these cards as much as we do! There is a lot of hard work, talent, and dare I say, “Magic,” that goes into making them! As for “Secret Lair,” all I can say is—you guys are in for a wild ride.