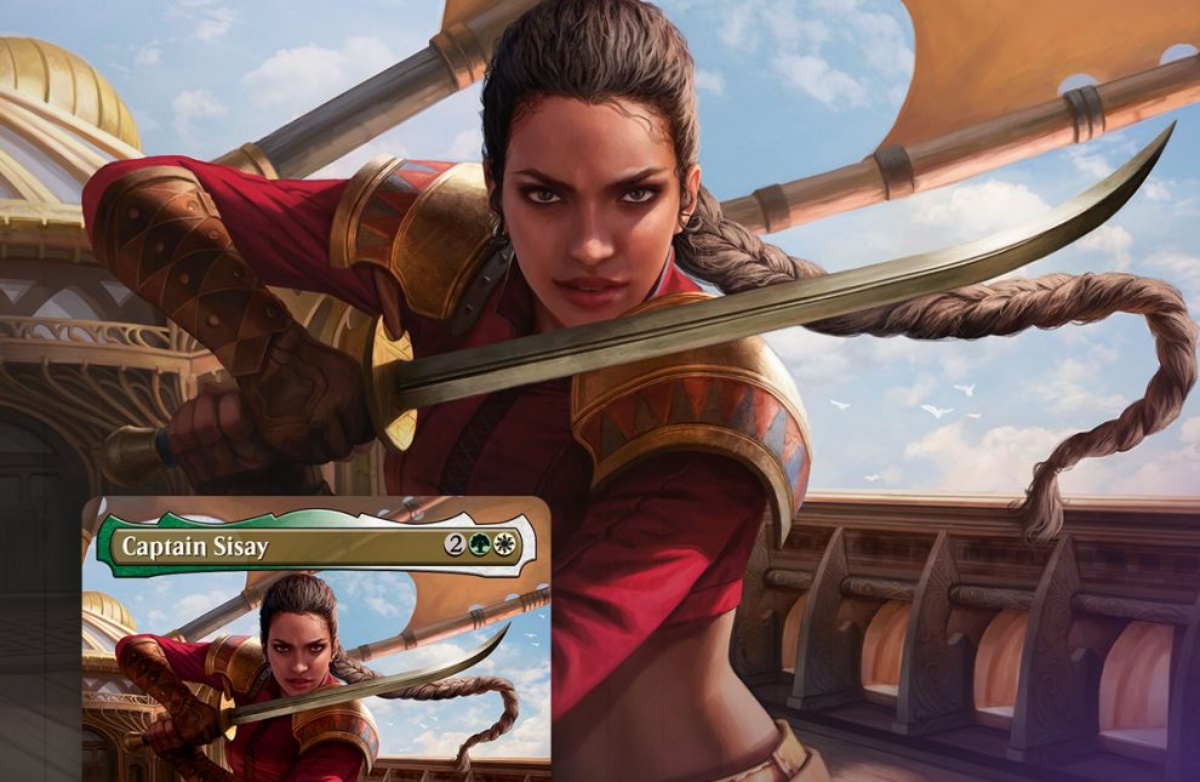 (Magali Villeneuve/Wizards of the Coast)

The people at Wizards of the Coast have something really special planned for the upcoming International Women’s Day, involving some of the most amazing women in Magic. For $49.99, players and collectors can get a set five foil borderless cards with alt-art for Captain  Sisay , Meren of Clan Nel Toth ,  Narset, Enlightened Master , Oona, Queen of the Fae , and  Saskia the Unyielding.

“Wizards of the Coast is proud to celebrate International Women’s Day—honoring the social, economic, cultural, and political achievements of women around the world. We’ve selected a few of the most powerful and influential women from the history of Magic to receive new, borderless art by some of our finest illustrators: Mila Pesic, Livia Prima, Cynthia Sheppard, Anna Steinbauer, and Magali Villeneuve.

For the sale of every International Women’s Day Secret Lair Drop trading card set, Wizards of the Coast LLC will donate $25 to World Association Of Girl Guides And Girl Scouts, a charity registered in England and Wales”

The set will be released on the 7th of March and there is a limit of 15 per purchase. I know I’m going to be trying to get at least two of them. Not only are these really fun commanders (and just great art) but it is for a good cause. Sounds like a win-win.

(via Wizards of the Coast)

Remember Hump Day is only fun when it is consensual humping.