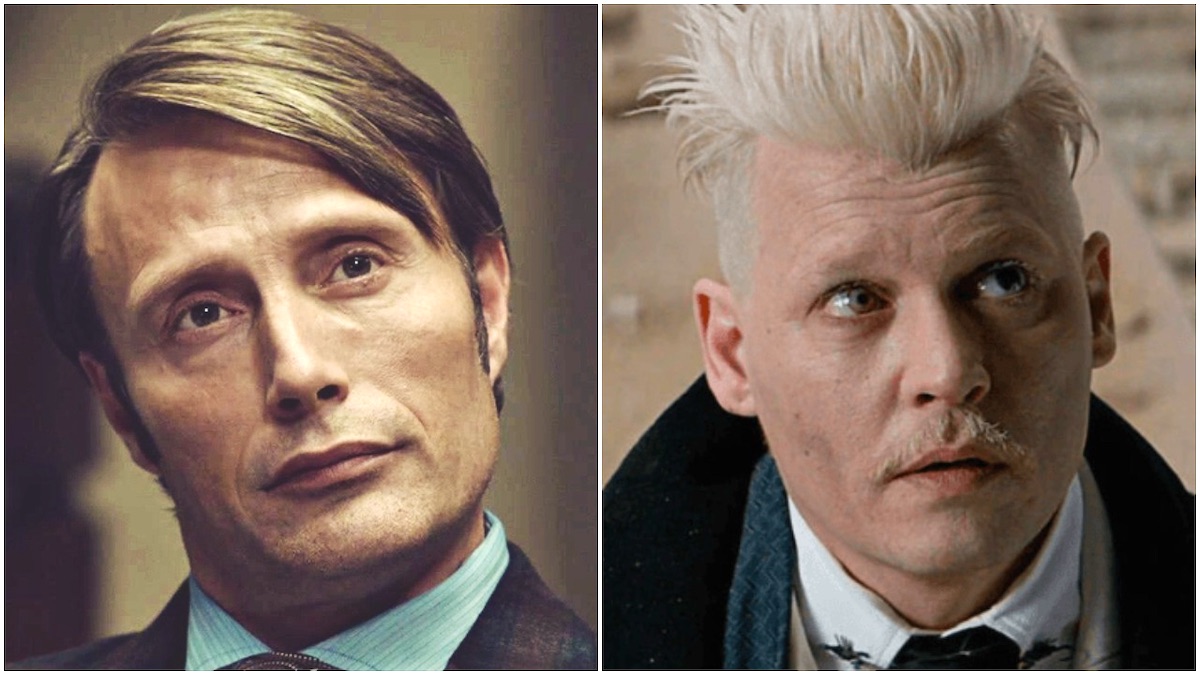 The rumor that Mads Mikkelsen is a frontrunner to replace Johnny Depp as the villainous Grindelwald is good news for the lagging Fantastic Beasts franchise, which could surely use the boost of the Danish actor’s charisma and popularity.

The third Fantastic Beasts and Where to Find Them is laboring under a lot of bad press at current. The second movie set in the early 20th century wizarding world, The Crimes of Grindelwald, was critically panned, and audiences and the box office agreed. Creator and screenwriter J.K. Rowling has since been called out for her virulent transphobia, meaning many previous fans of Harry Potter and Fantastic Beasts are boycotting the properties on principle. And Johnny Depp, a controversial casting choice because of his offscreen scandals, was finally asked to step away from the role of bad guy Grindelwald by Warner Bros., though he’ll still keep his eight-figure salary.

With Depp’s departure, speculation ramped back up as to who might step into Grindelwald’s shoes. Those of us who enjoyed the first film hoped to see the return of Colin Farrell, who played Percival Graves. It’s revealed at the end of the movie that the real Graves was being held captive and “Graves” was Grindelwald all along. Since Farrell gave a fantastic performance and had already embodied Grindelwald, he seemed a natural choice. But even if Farrell is interested—and if I were him, I’d stay as far away from this poisoned property as possible—he is currently booked solid playing Penguin in Matt Reeves’ Batman movie. With filming of the third Beasts already underway, the production needs an actor who can step in post-haste and make a splash.

According to Deadline, Mads Mikkelsen tops the list of actors in the running for Grindelwald. “There has been speculation on a number of thesps, but I hear that [director David] Yates is a big fan of Mikkelsen and that the Danish actor is the guy they are trying to lock in,” Mike Fleming Jr. writes for Deadline, which says that the actor is “in talks” for the role. The part is already on Mikkelsen’s IMDb page, though still marked as “rumored.”

This would be a brilliant bit of casting (even if I’d advise Mikkelsen, like Farrell, to stay away). Unlike Depp, Mikkelsen has made a career out of playing memorable villains. From Le Chiffre in Casino Royale to Kaecilius in Doctor Strange to his absolute tour-de-force performance as the star of NBC’s Hannibal, Mikkelsen has menacing on lockdown. Yet he’s such a nuanced and charming actor that his villains also have a seductive appeal, and he’s equally excellent at playing characters who occupy a sort of moral gray space (see Galen Erso, Jyn’s father, in Rogue One). Mikkelsen is extremely popular with fans, and Fantastic Beasts could use all the goodwill it can get.

Mikkelsen seems like the perfect choice to play the man who will become a terrifically evil Dark Wizard, but was at one point so bewitching that Dumbledore (Jude Law) was in love with him. I’d believe that Dumbledore nearly fell under Mads Mikkelsen’s sway. Johnny Depp? Not so much.

While I’m not holding my breath for LGBTQ+ representation out of Fantastic Beasts—I don’t want to die like that—there’s also the possibility that we might get a lot more subtext out of Mikkelsen in the role. Mikkelsen has not hesitated to play queer roles in the past, and he has been happy to chime in and speculate on the popular fandom “ship” of Hannibal Lecter/Will Graham on Hannibal.

Do I want to see Mikkelsen smoldering onscreen with Law? Yes, yes I do. Still not enough to hand Warner Bros./J.K. Rowling any of my money to see this movie in theaters, if theaters are a thing that happens again one day. But if Mikkelsen is cast, I would watch the hell out of the third Fantastic Beasts on an airplane.