MacBook Air Torn Down by (Who Else?) iFixit | The Mary Sue

MacBook Air Torn Down by (Who Else?) iFixit 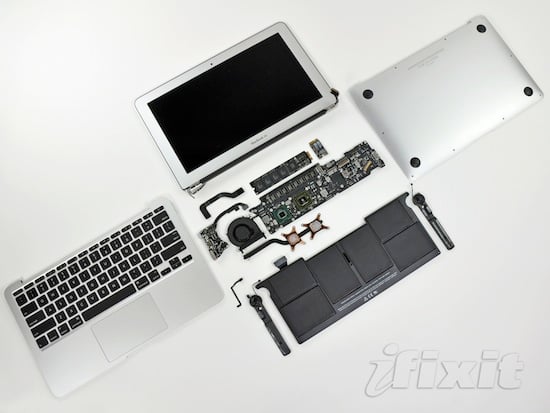 True to their mission of ripping apart any Apple product they can to get at its guts, the good people of iFixit have taken a hard look at the innards of Apple’s just-unveiled 11-inch MacBook Air. Not too many surprises — the big takeaway for less tech-oriented people will be that Apple used 5-point Security Torx screws to make getting inside MacBook Airs really hard, even for folks like the iFixit crew. CrunchGear bemoans the fact that “most of the parts are so customized (not to say obscure) that you’d be unable to find them in even the most extensive part store.”

Still, if you want a look at how Apple manages to cram so much in such a small box — as well as a slew of specs — head on over to iFixit.