The Lunar Calendar Explained For Rosh Hashanah | The Mary Sue

Lunar Calendars: How Do They Work? We Explain in Honor of Rosh Hashanah

Insane Clown Posse and the Orthodox Jewish community have a surprising overlap in their love of miracles. 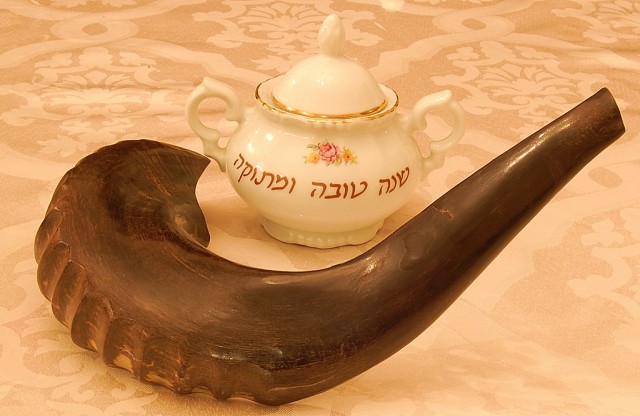 Even if you’re familiar with lunar-based holidays like the Jewish and Chinese New Years, there’s no getting around the fact that it’s confusing when a celebration doesn’t fall on the same day of the Gregorian calendar every year. However, where there’s confusion there is also opportunity for learning, so we’re going to do our best to tell you how these dates are figured. For science!

So how do you know on which day Rosh Hashanah falls each year? It’s actually simple if you know the calendar — it always falls on the 1 and 2nd of the Jewish month Tishrei. It’s Tishrei that keeps moving around, not Rosh Hashanah. The trick is learning how the lunar calendar works in relation to the solar one we use.

To get some first-hand knowledge on the subject, I asked someone I know who actually grew up Jewish (and who also happens to be my boyfriend) to see if he had any insight about the lunar calendar system and how it works. He replied with this:

1) I don’t know.
2) Nobody but the Jews cares.
3) The Jews don’t actually care.
4) If you ask most Jews who do care why they care, you’ll hear the opening strains of “Tradition” using orchestrator Don Walker’s outstanding original setting of the tune.

Did I mention he’s kind of a dork? Anyway, that answer wasn’t going to be good enough for a post all to itself, so I did some actual digging on the subject instead.

While the Gregorian calendar — which is also called the Christian or Civil calendar, but Gregorian is more fun to type so I’m going to keep using that — is based solely on the movements of the Sun (haha get it, solely? I’ll shut up now) and Earth in relation to one another, the Jewish calendar also calculates its number of months by the revolution of the Moon about the Earth. So really, “lunar calendar” is a bit of a misnomer –it’s actually better referred to as a “lunisolar” calendar instead.

However, the lunar cycle is also approximately 29 1/2 days long, which means that there are 12.4 lunar months to a year. To make up for that weird extra percentage of month, sometimes years in the lunar calendar are 12 months and sometimes they are 13 months. Sometimes those months have either 29 or 30 days depending on what part of the lunar cycle they fall on.

A 12 month lunar year is also 11 days shorter than a solar year and a 13 month year is 9 days too long, so both the Jewish and Chinese calendars only include the longer months in leap year cycles. In the Jewish calendar, a leap month is inserted about every three years, whereas the traditional Chinese calendar uses a more complicated method of calculating leap years by observing how far the lunar cycles have progressed since the start of each year.

This all sounds real arbitrary, but it’s actually very dependent on specific calculations of the moon’s position in relation to the Sun and Earth. And really, can you explain why February has 28 days and why August has 31 days? Because I can, actually — according to popular legend, it’s because Augustus Caesar wanted his month to have as many days in it as the one named after Julius Caesar.

So yeah, the Gregorian calendar doesn’t make a whole lot of sense either when you think about it. It just had the backing of a whole bunch of dictators and political leaders at a very well-timed moment in its history. Time is an illusion anyway. Lunchtime, doubly so.

Speaking of which, the actual new year that observant Jews are currently celebrating isn’t 2013 (though most people I know celebrate the January 1st date too, because why the heck not? Parties!) — it’s 5774. That number is supposedly the total of years it’s been since the creation of the Earth according to Genesis, which Ancient Jewish scholars calculated by adding up all the total ages of everybody mentioned in the Old Testament. You know, all the “begats” and stuff.

Is this all very confusing? Yes. Yes it is. Is part of the reason it’s confusing due to the intersection of religion and astronomy, which are two things that tend not to intersect so much anymore? Also yes. Let’s just all be cool and not put down anybody else’s significant religious and cultural holidays because we don’t believe in them, guys. Some people juggle geese!

(via Judaism 101 and Webexhibits Calendars, image via Ari Hahn)