I feel so much better about the Singularity. 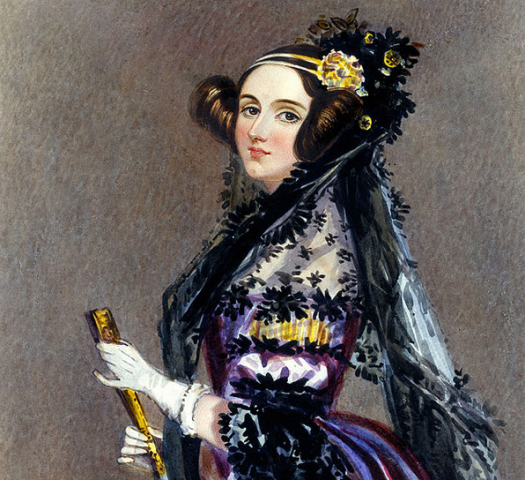 You guys remember rad-as-HECK Ada Lovelace from Sam’s profile of her earlier this year, right? The Ada Lovelace? The one with a day of the year named after her plus an entire computer language? The woman who essentially wrote the world’s first-ever computer program and predicted the creative capabilities of modern machines? Well, good. Because Ada might be about to get a lot more fans, at least if one tech professor has his druthers.

Mark Riedl of the Georgia Institute of Technology is proposing the “Lovelace Exam” as an alternative to the Turing Test, a standard for measuring artificial intelligence. In 1950, Alan Turing wrote a paper in which he predicted that a computer would one day prove itself a “thinking machine” by passing itself off as a human while answering a series of questions. Now, 64 years later, Riedl and three researchers at the Rensselear Polytechnic Institute are proposing that the intelligence of a machine should be measured instead by its potential for creativity:

For the test, the artificial agent passes if it develops a creative artifact from a subset of artistic genres deemed to require human-level intelligence and the artifact meets certain creative constraints given by a human evaluator. Further, the human evaluator must determine that the object is a valid representative of the creative subset and that it meets the criteria. The created artifact needs only meet these criteria but does not need to have any aesthetic value. Finally, a human referee must determine that the combination of the subset and criteria is not an impossible standard.

In other words, not only must a computer create a piece of art to pass the Lovelace Exam, but said art must meet certain criteria laid out by a human beforehand. Considering creativity’s role in human intelligence (a huge point of interest for Lovelace) Riedl’s proposal makes perfect sense to me. Besides, how often are well-known concepts in STEM named after women? Answer: practically never.

And hey, if the inevitable computer/human war is imminent, at least the Lovelace Exam might help us better understand the kind of Robot Overlords we’ll one day be crushed by. IF THEY CAN MAKE ART, THEY CAN FEEL.

(Via Geeks Are Sexy)