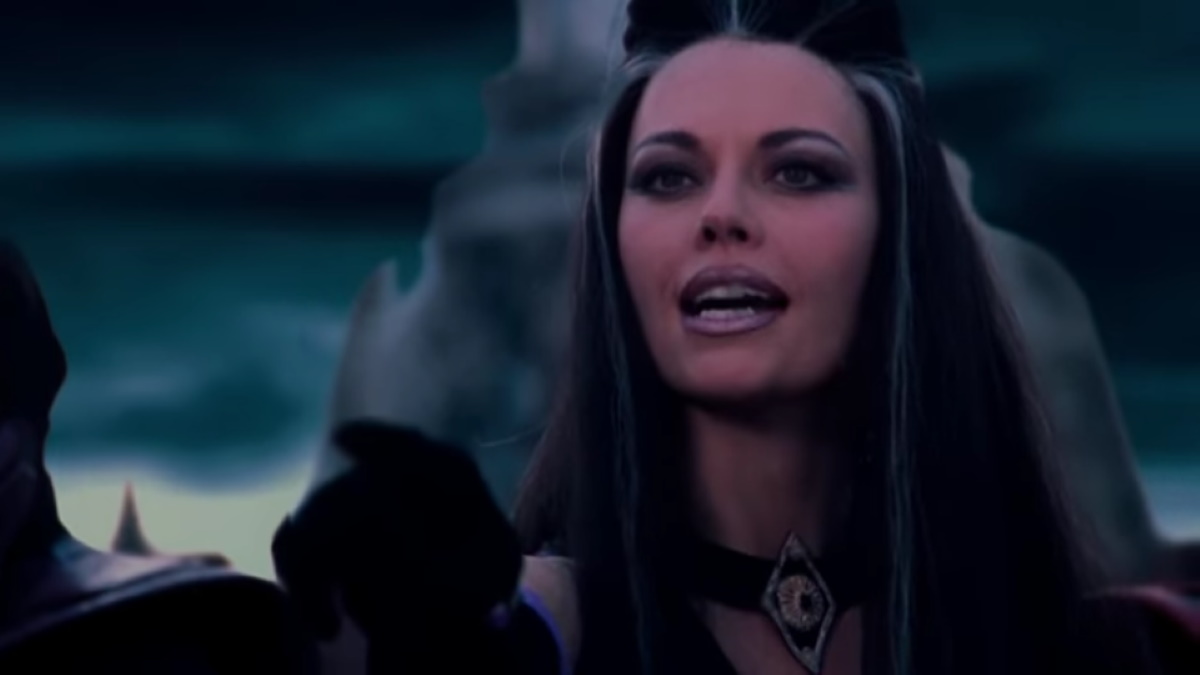 So I’ve been on a bit of a Mortal Kombat high lately, and when you’re in the middle of a long-running fandom high you, at times, start to think back on your beloved franchise as a whole. In the case of Mortal Kombat, I’ve been a fan since the very first game, and it’s one of the few series that I’ve been following for a substantial amount of time (from 1992 to today).

That being said, Mortal Kombat has had its ups and downs—right into a spiky pit. It’s not surprising, really. This is kinda expected from anything that’s as old (or older) than Mortal Kombat. Developers try new things all the time, and for Mortal Kombat that includes a TON of video games, television series, movies, hell, even a Saturday morning cartoon.

But let’s talk about them movies for a second. A specific one, in particular.

Hailed as one of the worst video game movies of all time, and, well, one of the worst films in general, Annilihation is … bad. Like, REAL bad. And not in a “looking back, I now see this was bad” kinda way, but an “I was fully aware of how bad this was when it was first released” kinda way.

The song still slaps, though.

Here’s the thing. Even if I know in my heart of hearts that this entire movie is the textbook definition of abysmal, I, um, have no problem rewatching it. Like, if I went to a friend’s house and they decided to watch it I’d provide the popcorn and snacks. I’d spend the entire runtime laughing at the piss poor effects, the plot holes (WHERE do the fighters who aren’t beaten go, what is Nightwolf’s third test, etc.), the acting, the … you get it.

In a time where a perfectly palatable Mortal Kombat movie exists along with literal DECADES worth of action-packed media, I could, unapologetically, spend 90-some minutes watching something that I wholeheartedly believe is a steaming pile of sizzled flesh that’s just been dipped into a pool of acid.

Not only do I OWN this movie on VHS, but I also own it on Bluray. Yes, this means that I bought this trainwreck back in the 90s and bought it AGAIN several years later to, quote, “Complete the collection.”

You’re either doing one of two things right now. You’re wondering how I could knowingly spend money on something that I acknowledge as being awful, or you’re a fan like me who has a franchise you love SO MUCH that you have space on your shelf for its low points.

It’s an interesting kind of thing in fandom, I think, one that I feel we all relate to. I think we all have a franchise that we love, even when it’s missing the mark, and we openly acknowledge that it IS missing the mark … but we still love it anyway. It’s not like I’m telling people to get on board with this movie. If you call it Bo’ Rai Cho vomit I’ll agree with you, I mean, look at the video, there is NO excusing that. When they announced the new Mortal Kombat movie my first thought was “PLEASE be better than Annihilation,” so I absolutely know that the material is garbage.

I just have such a love for Mortal Kombat that I even have this extremely flawed mess in my collection. Willingly. And proudly.

And it doesn’t stop there, either.

This animated beauty right here? I have this, too.

This cartoon series? I’ll throw on a clip at any given moment to have a good, hearty laugh.

This game? And it’s busted-ass controls? If I could find a copy I’d buy it AND replay it.

And I can’t think of the number of times I’ve annoyed my wife with this masterful cutscene.

Are any of these bits of Mortal Kombat media good? I’m sure you could find someone out there who thoroughly enjoys them. Me personally? Well, I’d tell you that they aren’t the go-to forms of media you should use when giving a PowerPoint presentation on why Mortal Kombat is amazing. There are far better examples to get someone geared up for kombat, so please, don’t start your argument with KOMBAT TIME.

That being said, even if I can (and do) objectively call every Mortal Kombat thing I’m referencing here bad, my fangirl heart has made room for all of it. It’s all a part of Mortal Kombat history and speaks to a time where the creators were really just trying absolutely everything they could to create a memorable franchise. While Quan Chi’s scream of anguish in that Mortal Kombat 4 clip will live in infamy for all the wrong reasons, it’s still a portion of the fighting game series I’ve adored since the 90s.

His fatality LITERALLY slaps, though.

Um … maybe start newcomers out with the Mortal Kombat reboot from 2011, though?

What’s a franchise that’s near and dear to your heart with missteps that you are keenly aware of … but you have it in your collection because you love the franchise THAT much?