Lovecraft Country Failed to Give Ruby the Love She Deserved

Also, Christina is a white supremacist. 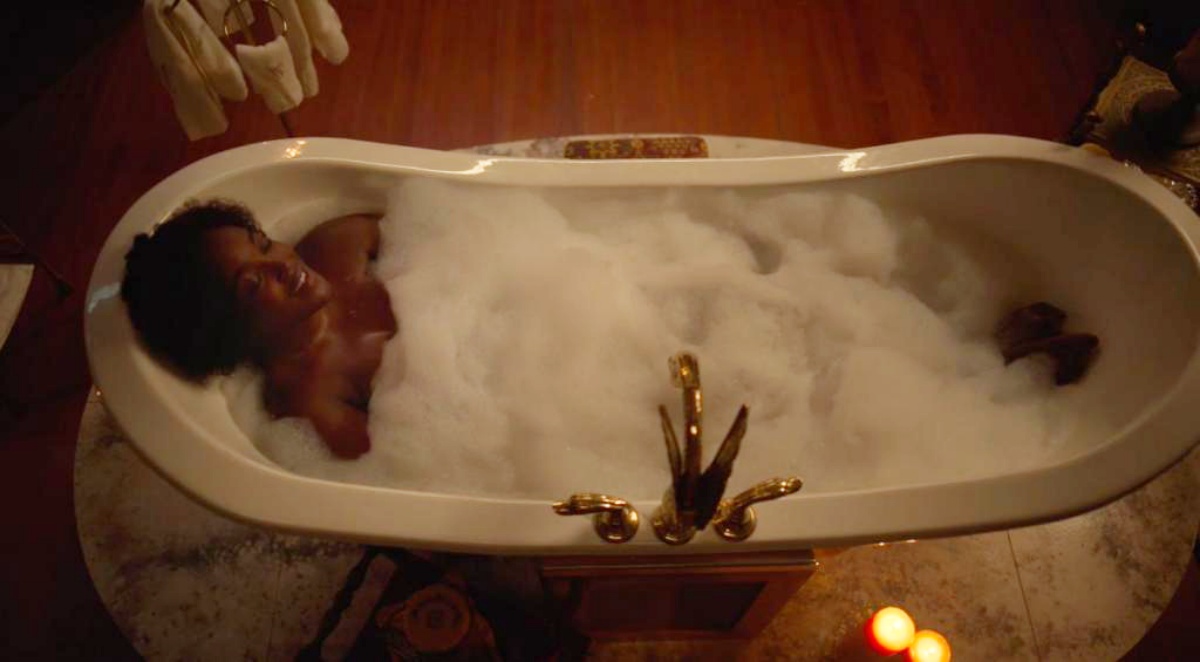 One of my biggest concerns, when it came to HBO’s Lovecraft Country, was that by having the lighter-skinned Black actress as the main female lead would lead to the reduction of the darker-skinned women in the cast, Ruby especially. Sadly, as I cringed through the finale, I found those fears coming to life in a really pretty disturbing way.

Ruby is a very special character, played to perfection by Wunmi Mosaku, because it’s so rare to see a sexual, fat, dark-skinned Black woman onscreen in a genre like this—especially styled so well, flattering her curves and talking candidly about the deep disillusionment she feels.

Yet, from the moment her path became interlinked with William/Christina, it was a huge-ass mess.

When it comes to the relationship between Leti and Ruby, I think that there is a lot that is unsaid. We know that Ruby has accused Leti of being selfish, and that is certainly a character flaw, but as a Black viewer, I also know that color plays a role in this, as well. When we see Leti’s half-siblings, they are both darker skinned, and Leti, being played by Jurnee Smollett, who is herself a biracial Black woman, is much lighter.

Leti is obviously not white-passing, but as a lighter-skinned, thin, and looser textured Black woman, she has privileges that come from that. Leti is framed as an object of desire from the beginning, but also with this deeper innocence. She’s a virgin and loses her virginity to Tic, the man she’s in love with, and has his son, wrapping her up in this very traditional, heteronormative bubble of Black love.

None of this reduces Leti as a character. I love her, and I’m to see everyone appreciate Jurnee’s range, because she’s had that from the jump.

However, let’s look at Ruby.

Ruby’s entire vibe in the series is a mixture of self-confidence, exhaustion, disillusionment, and ambition. When she meets William, goes home with him, and takes a potion that turns her into a white woman, she sees all the things that have been denied to her because of her age, her Blackness, and her body type. When another Black woman is hired at the same store she applies to, and the woman is younger, smaller, and under-qualified, it stings.

Ruby is a character brimming with rage, just like so many, but unlike a lot of them, the story seems to turn against her at some point because of her relationship with Christina—a relationship that is ultimately one-sided and manipulative.

There is a cult of fandom that has emerged around Christina, through the sheer will of her being queer. We are supposed to empathize with her not breaking the glass ceiling of white supremacy, and many have found ways to feel more sympathy for her than the generational trauma of Montrose.

It is not necessary to excuse or limit the pain that Montrose inflicted onto Tic, but I find it very interesting that there is this ability to empathize with a white woman who uses Black bodies for her own means just because she is queer-ish and also happens to hate white men. Yet, we have Montrose—a man who was beaten by his father for being gay, who survived the Tulsa riots, and who had to drown his sorrows in a powerless alcoholic stupor to suppress any of the kindness that wasn’t beaten out of him—reduced to being just abusive, but parts of the discourse.

Ruby and Christina are bonded by a sense of being denied what they have felt entitled to. Yet, in this situation, Christina has all the power. There is a clear imbalance, and it should be easy to understand why. Ruby has not felt supported. Ruby has not felt cared for. Her final act of caring for her sister and putting her first leads to her death. So, we see a character who has given, been asked to give, and put aside her own desires and is rewarded with a cruel, meaningless death at the expense of helping her sister.

To have the last time we see Ruby be a body-snatched version of Christina, implying that she has been rendered to this forever dead state … I hated it.

Who was looking out for Ruby? Who was protecting her? Who was truly loving her? Not Leti.

Leti is the lead, and that plays a part in their narrative differences, but she is also the one who is uplifted, put in multiple positions to survive no matter what, and loved deeply and truly.

For those who might say, “Well look at Dee and Hippolyta. They are darker-skinned.” Alright, let’s look.

Dee spends the series being ignored and adultified to the point where she kills Christina. For me, that isn’t a victory for her; it is the total death of her innocence. Hippolyta has to literally escape the main story to self-actualize because if she didn’t, there would be no space for her to do that. As soon as she returns, she has to become a living battery to help the other characters.

Ruby was a complicated character among a sea of complicated Black characters. She was morally grey, and I felt like she was punished for it in a way that many other characters were not.

To see one of the few dark-skinned fat queer women on television killed off by their white racist lover was just … so deeply upsetting.

I have enjoyed Lovecraft Country, and I think that it was an ambitious show. Yet, as it started to wrap up, a lot felt unfinished and underwritten. I am excited to see what comes next for this team, but I think they need to maybe take stock of the response to Ruby’s treatment, the treatment of Yahima, and really hear what was being said.