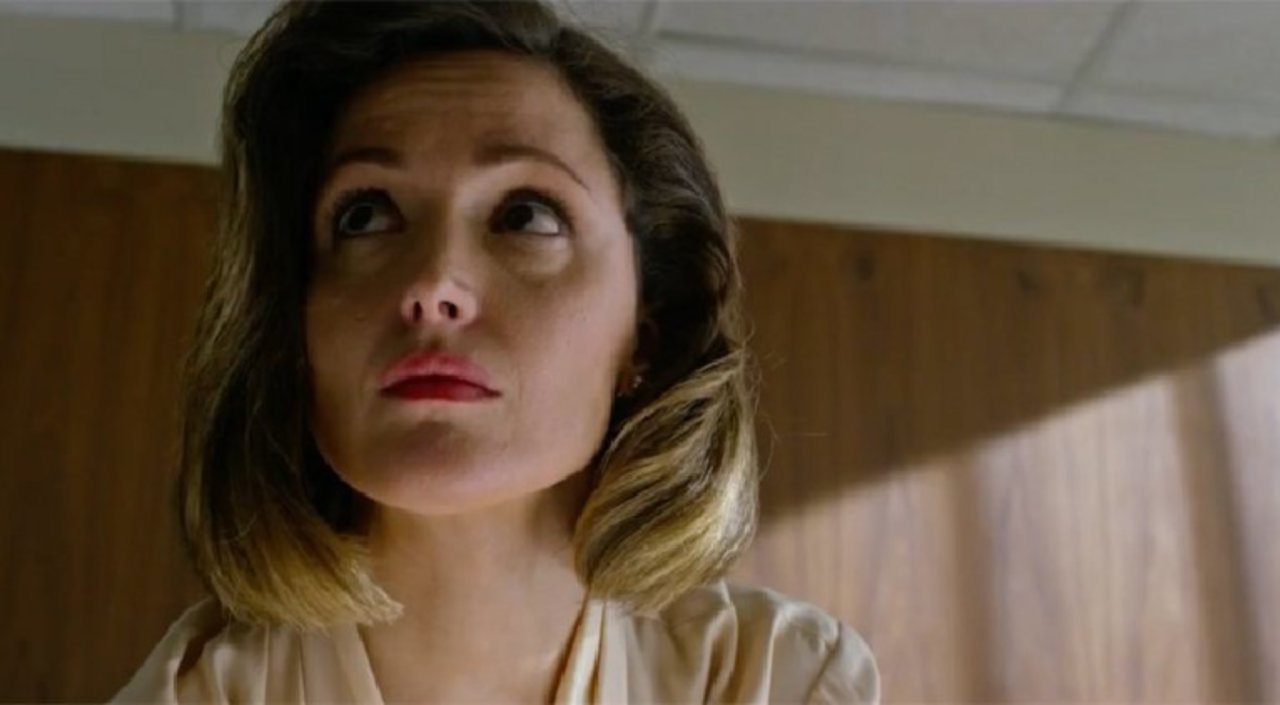 Even as Louis C.K. tries to stage a comeback after admitting to sexual misconduct last year, people are pushing back. There has been one instance of a woman heckling the comedian as he performed a surprise set, and now his former I Love You, Daddy costar Rose Byrne is throwing her support (however vaguely) behind those who believe C.K. shouldn’t get a surprise comeback.

The entire premise is grim enough on its own—C.K.’s character becomes obsessed with the fact his daughter is dating a man close to his own age—but takes on a new tone with the allegations against C.K. It was shelved indefinitely following C.K.’s admission, and Byrne agrees with that decision.

I think it will be a while before that film can be seen, and I think that’s right,” she told The New York Times, as reported by Vanity Fair. She also said, “Louis was very sweet with me, and I had a very respectful experience. But it’s obviously very complicated, and I stand with the women who came forward.”

While Byrne’s comments might seem as though she’s not taking a stand, I personally like that she’s recognizing that her own experience doesn’t apply to all the women C.K. has come in contact with. While he might have been professional with her, by saying she stands with the women who stepped forward, she is acknowledging C.K.’s misbehavior rather than writing it off.

She did have stronger words for the Comedy Cellar, the venue that keeps allowing C.K. to perform surprise sets, saying, “It’s too soon for him to have a surprise one, that’s for sure. I think if he’s going to show up, just let everybody know so then they can make a decision, like, ‘I don’t want to see this guy—I’m out.’”

She also called out the owner, Noam Dworman, for allowing this, saying, “It’s also the gatekeepers around these things who give people the chance to have a comeback. They’re actually really powerful. I would like to see them being held accountable a little bit more.”

Dworman could have turned C.K. down, or insisted given the audience a heads-up before he performed. I doubt C.K. would’ve failed to attract an audience judging by how many are ready to forgive him, but Dworman does need to be held accountable for his actions in allowing C.K. to perform and removing any hecklers or those who protest.

Byrne is right; gatekeepers such as Dworman decide who does and doesn’t get a platform, and they have to deal with what people think of their decisions.

In a time when many will defend their former costars against allegations (such as every celebrity who’s defended Woody Allen ever), Byrne’s stance is refreshing. Hopefully, more women will feel comfortable taking a similar stance against male celebrities accused of sexual misconduct or harassment. Hopefully, more gatekeepers will be held accountable, as well.