Researcher Unearths Forgotten The Lord of the Rings Illustrations 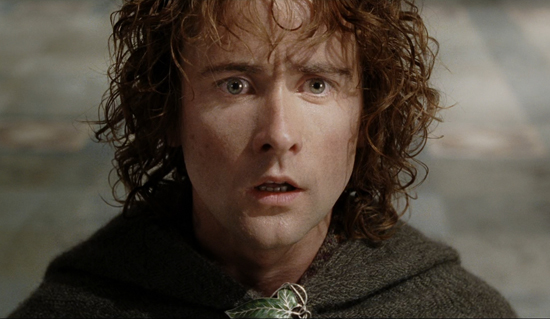 J.R.R. Tolkien notoriously didn’t like the idea of illustrations being used in his books. Many submitted their artistic visions to the writer, but, even if he liked them, they didn’t suit as illustrations. This apparently wasn’t true in all cases. After conducting a bit of research, Dr. Paul Tankard has traced down a series of illustrations for The Lord of the Rings of which Tolkien actually approved. As in, would have maybe appeared in an illustrated version of the novel.

Tankard’s sleuthing is featured in this month’s Times Literary Supplement. There were apparently about nine total drawings that Tolkien gave a thumbs up to from Mary Fairburn, an Australian artist, but how did Tankard track them down? Phys.Org has the story:

The Australian-born Dr Tankard says he learned about the existence of some of the drawings, at least nine in total, because the widowed artist lived in the same country town near Melbourne as his relatives. He went to visit her and when she showed him her letters from Tolkien he decided to follow the thread, locating her letters to Tolkien, with the help and permission of The Tolkien Estate.

So, basically, it was all happenstance based on geographical location followed by a bit of elbow grease. Score one for literary researchers.