Marvel’s Loki Show Is off to Quite the Start 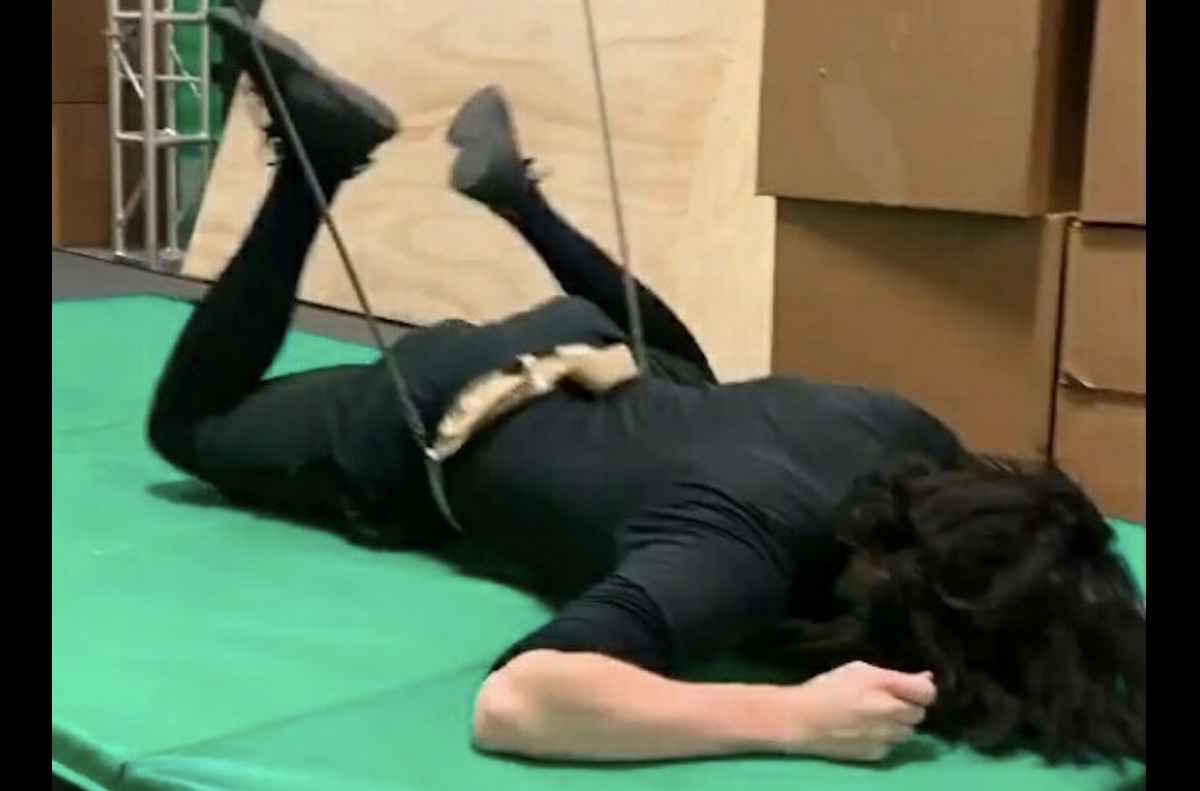 We’ve been excited to see what Tom Hiddleston does with his very own Loki-centric Disney+ show since it was announced last year, and now we have our first look at Hiddleston in action. Let’s take a look, and wildly speculate!

On Instagram, Hiddleston shared a short clip of what appears to be rehearsal for a scene in Loki, where the actor is all wired up in order to make a godlike jump (only he doesn’t quite stick the landing). Thor’s scheming brother, long the MCU’s most popular villain, turned into an antihero and sometimes-hero in the course of The Dark World, Ragnarok, and Infinity War, where he essentially sacrificed himself to save Thor and try to stop Thanos.

You can watch Hiddleston’s clip here:

Actor @twhiddleston has shared this video from his stuntwork preparation for the #Loki @disneyplus series with the caption: “Prep is going really well.” pic.twitter.com/LGR9EvEfLi

The Loki of the Loki series is not the Loki we came to see developed onscreen—not exactly. This Loki will be the one from 2012’s Avengers who escaped with the Tesseract in Endgame. Which means we can expect that much of the character growth Loki made in recent years is erased—but we also know now that Loki is capable of being more than the bad guy, and hopefully he’s on a journey to discover the same. Marvel took pains to establish that Loki had been somewhat under the influence of Thanos’ scepter during the events of Avengers, then never addressed this in the movies. It could still become a plot element here at some point, as Loki deals with the fact that he was manipulated by Thanos.

I imagine that Loki, which is rumored to involve the character visiting different points in time and impacting history, could see the character finding a moral center again. Loki is still Loki, however, so there will likely be a lot of double-dealing, mischief, and chaos along the way.

It’s great fun to see Hiddleston back in action, especially after Endgame did him dirty and gave him few lines and no meaningful interactions with the most important people in Loki’s life, namely Thor and their mother Frigga, even though they were all right there when Thor travels back in time to Asgard. Hiddleston is a talented actor who can play both drama and comedy, and I’d place a wager that the Loki show is going to play to these strengths, with wacky escapades and also angst-ridden life lessons. I’m most looking forward to seeing Loki finally get to become a major player, the center of the story rather than its antagonist or sidekick.

In addition to redeveloping the 2012-era character, it’s quite possible that the Loki show will be taking on Loki’s past, either via flashbacks or a time-traveling Loki actually visiting different eras. Earlier in January, Murphy’s Multiverse pointed out a Marvel casting call for a child actor for an unnamed project that sounds like it could be describing Kid Loki:

Male, 10 years old, British, Open Ethnicity, smart and brave with a sharp wit and life experience beyond his years…RECURRING

Younger versions of Loki, which have found success in comic runs, are rumored to possibly join the MCU considering the Young Avengers initiative on Disney+, though that Loki would likely be older in appearance. Fans are also hoping that Loki might see the introduction of Lady Loki, another popular incarnation of the ever-shifting character. British actress Sophia Di Martino has been cast in an unknown role on Loki, with speculation that she could be playing Lady Loki or the opportunistic enchantress Amora, a Loki friend and foil.

The widespread fan excitement across social media networks to see Hiddleston back in the flying harness, as it were, bodes well for Loki. Many were also glad to see that it seems like Hiddleston is growing out his own hair and has dyed it black for the role, which may help us avoid any more unfortunate wig situations.

From what we’ve heard thus far, Loki will be the third Marvel Disney+ show to bow, after WandaVision and Falcon & The Winter Soldier, and is said to be set for spring of 2021. Will you be watching?