Dean Cain Is Here For a Lois and Clark Revival, and So Am I | The Mary Sue

Dean Cain Is Here For a Lois and Clark Revival, and So Am I 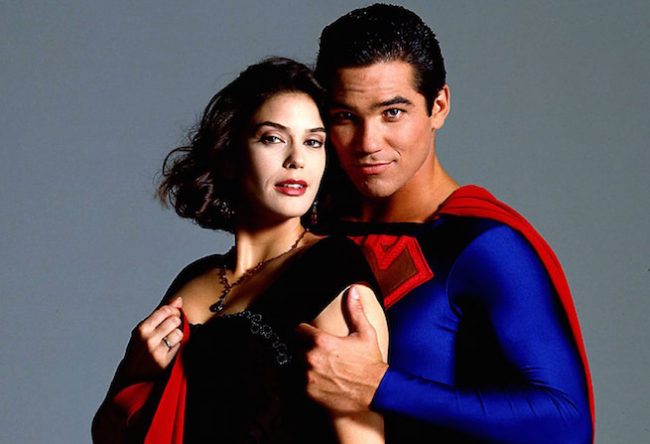 It’s an era of revivals, and an entertainment landscape where streaming services make resurrecting long-cancelled series from the dead possible, it was only a matter of time before we heard stirrings about Lois & Clark: The New Adventures of Superman. There’s nothing official in the works yet, but if there were, Superman would totally be on board.

In a recent interview with 7 News Sydney in Australia, Dean Cain, who played Clark Kent/Superman on the hit 1990s show, talked about why he felt revisiting Lois & Clark would be worthwhile, especially since the final episode of the show left us with a bit of a cliffhanger.

From the sound of it, it looks like the rumblings might be getting a little louder. According to CBR.com, Cain has already talked to Hatcher about the possibilities, since they’ve been reunited (sort of) on The CW’s Supergirl. He also has begun thinking about what form any kind revival could take saying, “Maybe it’s six episodes, maybe it’s 10 episodes, maybe it’s a two-hour movie. But I think it would be really interesting to catch up with these two characters 20 years down the line and see what’s happened in their lives. If they have had children or what’s going on with their kids, I think it’s really interesting and I’m certainly willing to.”

It’s for that very reason that I would love to see a brief revival of the show. In comics, it seems as though characters never age. If they do, it’s always some kind of “event” or flash-forward or separate from the main canon. What are the implications of age on Lois and Clark, if any? What’s the life span of a Kryptonian feeding on a yellow sun compared to that of a human?  I WANNA SEE LOIS AND CLARK GETTING OLD TOGETHER.

What about you? Do you want more Lois & Clark in your life? Tell us in the comments!