The liver buds continue to grow in mouse transplant subjects, suggesting they could one day help to save human lives. 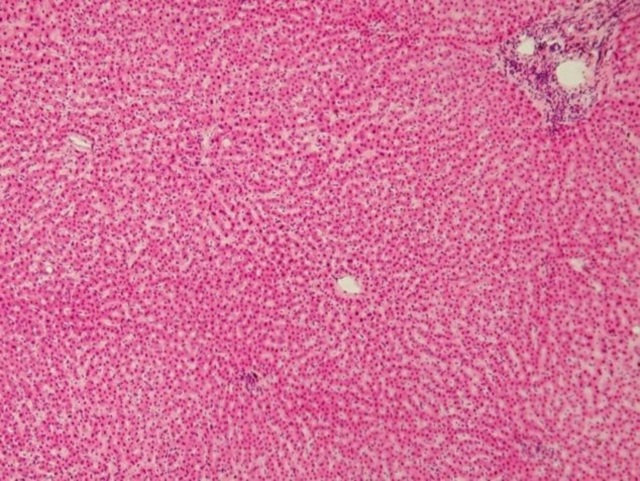 Researchers at Japan’s Yokohama City University have reported in Nature this week that they have used stem cells to create human liver buds that continue to grow and perform the organ’s normal functions when transplanted into mice. In experiments, the lab-grown liver-ettes even helped to stave off death in mice suffering from liver failure. Though a preliminary step that may not see practical application for years, this represents a major discovery that shows promise for growing human organs from scratch for use in organ transplants.

The stem cells the researchers used were induced pluripotent stem (IPS) cells, meaning that they were once skin cells which were manipulated to transform back into cells with the capability to grow into multiple types of cells, sidestepping the controversy of using embryonic stem cells. The scientists then induced the conditions necessary for the stem cells to become liver buds, tiny precursors to the liver, and implanted them into mice for testing. Within just a few days of transplantation, the team began seeing positive results.

Even though they were implanted in the cranium or abdomen rather than the liver’s usual location, the liver buds attached themselves to the nearest blood vessels, grew large enough to be visible, and began performing liver functions to the point that mice suffering from liver failure lived on much longer than anticipated. In addition, the mice proved able to metabolize drugs that a mouse’s liver can’t break down, but a human’s can, suggesting that the liver buds really are pretty close to doing the dirty work of a human liver.

Before we get excited and start binge-drinking in anticipation of cheap spare livers, it’s important to note that this discovery is years away from practical application, and it isn’t expected that this technique will lead directly to growing perfect duplicate organs. There are other applications that may be nearly as valuable, though. Using this method, lab-grown liver buds could one day be used to sustain patients with failing or damaged livers to give them more time while waiting for a transplant or other treatment. However, it is extremely difficult to produce enough liver buds to sustain a human, making scale and cost an issue going forward.

For now, the work is interesting and holds a lot of potential, but very much in a ‘wait and see’ period while the Yokohama team observes lab mice to see if the liver buds continue functioning properly. Researchers are also watching test animals closely to see if they develop tumors, a common side-effect associated with IPS cell treatment. For more detail, you can read the abstract of the Nature paper here.