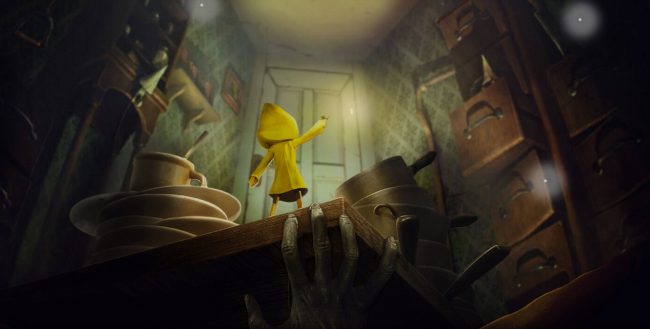 Are you looking for an eerie adventure show centered around young protagonists to fill the void that re-watching Stranger Things, Coraline, and Trollhunters for the millionth time isn’t quite filling? Well, we have some exciting news. Anthony and Joe Russo (Captain America: Winter Soldier and Civil War) are teaming up with Henry Selick and DJ2 Entertainment for a TV adaptation of Tarsier Studios’ video game Little Nightmares.

Here’s the synopsis for Little Nightmares:

“…a 9-year-old girl named Six who finds herself trapped on the bottom of a terror-filled ship named the Maw. With hunger and the depths one goes to satiate that hunger as the themes, the storyline follows Six as she tries to escape from the ship while evading capture and death at the hands of characters named the Janitor, the Twin Chefs and the Lady.”

Selick will helm the pilot and possibly other episodes, which is exciting as the look and tone of the game fits  perfectly with the eerie, but also adolescent terror of his previous films like Coraline, Nightmare Before Christmas, and James and the Giant Peach. There’s no news revealing what kind of medium the adaptation will use, and while I’d love to see more stop-motion animation, Selick’s involvement is already extremely promising. Reviews for Little Nightmares emphasize how imaginative it is in creating a frightening atmosphere despite some less-stellar mechanics. Hopefully, this means it will translate well onto the screen by pulling out the best design elements and a compelling narrative.

DJ2 Entertainment is the company behind similar adaptations of Life Is Strange and Sonic the Hedgehog. The Hollywood Reporter mentions this partnership occurred before the game’s recent April release, but there’s currently no news on when we can expect to see a pilot.

Horror fans, are you looking forward to this adaptation?