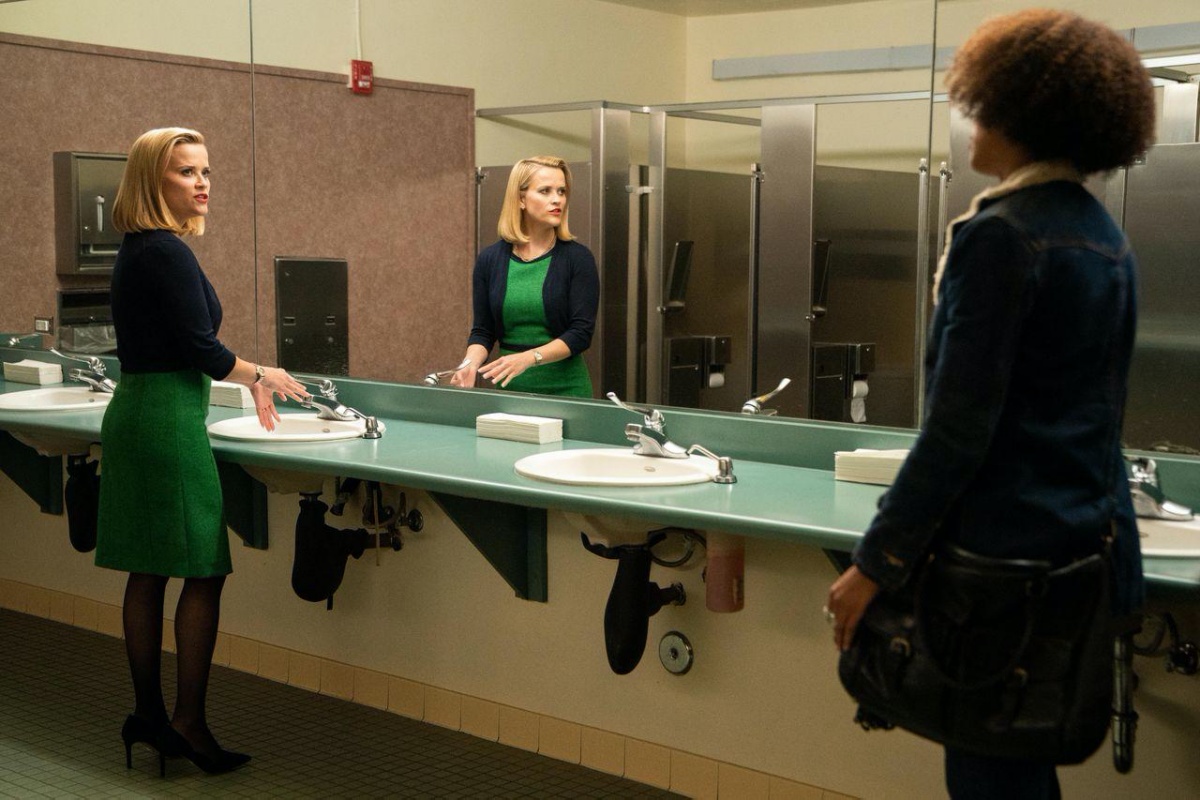 Little Fires Everywhere is an adaptation of the Celeste Ng novel that I first saw people getting excited about back when I worked at the Strand bookstore. It was adapted into a Hulu mini-series starring Reese Witherspoon and Kerry Washington as Elena Richardson and Mia Warren respectively—both mothers from different socioeconomic backgrounds who meet in Shaker Heights, Ohio in the ’90s, and whose lives become intertwined. The show has proven itself to be a masterclass on race, motherhood, and class, but one of its bravest actions is just making the protagonists both so deeply unlikeable.

I know we often talk about allowing women to be unlikable in media, but I think even with that in mind there is a desire to turn malevolent forces into girl bosses. Yet Little Fires knows that you can make a point about race, class, and other issues without making anyone a clear “hero” or a clear “villain.” Elena is the well-meaning white woman that probably voted for Donald Trump because there was something about Hilary Clinton she just doesn’t like.

Elena talks about how she “marched with Dr. King” and that her mother helped integrate the high school in their town of Shaker, Ohio, but when she comes into conflict with people of color they instantly become a “them” an “other.” They are an infestation to her perfect world and instead of being someone with emotional and social empathy, she is someone who smiles in someone’s face as she tells them they are trash. When it comes to her lesbian daughter, who she has clearly isolated in their familial unit, she cannot see how her actions are harming her own child.

What makes Elena interesting is that she is not one-note. When she first sees Mia and her daughter Pearl’s situation (and assumes they are homeless), she does indeed want to help them. However, the darkness is that she wants to be praised for it. Her altruism is mean to be rewarded—if not by her peers, then absolutely by the person whom she is helping. Elena is also frustrated in her career, as having four children, back to back, prevented her from being able to achieve her own journalistic dreams.

Kerry Washington’s Mia Warren (née Wright) is also an incredibly complex character because she is also deeply unlikable. We spend a lot of episode six “The Uncanny” seeing Mia’s backstory as a young woman. She was the child of religious Jamaican immigrants who semi-supported her artistic dreams in New York City. She thrives in the city with her art, her teacher (who becomes her lover, a lot to unpack there, but not at the moment), and has her beloved brother as her one familial tie.

When Mia is asked by a Black couple, the Ryans (played by Jesse Williams and queen Nicole Beharie) to be a surrogate mother for them because of her resemblance to Mrs. Ryan, she agrees. Then a series of tragedies lead her to decide to keep the baby, lying to the Ryans about what happened to the child.

The relationship between her daughter Pearl and Mia is hard to break down. Mia clearly loves Pearl, almost equally as smothering as Elena, and it is clear that Pearl is a well-cared for and intelligent young woman. However, the transient lifestyle that Pearl has been subjected to as a way for Mia to both maintain her artistic independence and not risk losing custody of her daughter is emotionally abusive. What’s more, despite Mia’s own progressivism and racial awareness, she has clearly not passed that down to Pearl who is easily sucked into the Richardsons’ white suburban domesticity despite the way she is spoken to by the children.

Mai’s decision to keep Pearl will no doubt split people especially because surrogacy, especially for money, is a complicated issue. For anyone not familiar with the Baby M case from 1988, it was a case where a woman agreed to be inseminated for a family but then decided to keep the baby after it was born. In the end, the baby was put into the custody of her biological father’s family, with her biological mother having visitation. Years later, when “Baby M” came of age, she was able to make decisions for herself about who her parents were.

Surrogacy is controversial for reasons like this, because of issues having to do with reproductive bodies and the fact that if you are poor and need the money, it could seem like a promising thing. It does not prepare you for the emotional aftermaths that are possible like postpartum depression or the risk of attachment. Even in the situation where the Ryans were Black as well as Mia, their class and Mia’s financial desperation put her in a position where it was hard to refuse that kind of money.

Author Celeste Ng has spoken about the fact that she didn’t initially specify the Warrens’ race. “I knew I was invested in these questions of race and class,” Ng shared with Buzzfeed. “And I had class in there [Mia is an artist and makes ends meet as a server at a local Chinese restaurant] and they literally come from outside of Shaker, and they behave differently. But then race, you look at my face, and people tend to assume that I am not from here. There’s this visual othering.”

But Ng didn’t want to make the Warrens Asian American, because of the core storyline involving the adoption of an Asian American baby and also because she “didn’t feel like [she] was the person who could bring a black or Latina woman’s experience to life.”

The change came when Witherspoon and Little Fires co-producer Lauren Neustadter brought up the idea of casting Washington.

“I don’t want to do a J.K. Rowling and pretend that, all along, I had thought of this. I thought of her as a white character, but still exploring those larger issues of power. With Kerry, you have a way to explore the racial dynamics that I wasn’t able to explore in the book. And that, to me, told me that they were looking at the show the same way that I looked at the book. That they were going to look at these questions of power.”

Mia’s failures as a mother do not take away from the racism that Elena has towards her and the character of Bebe Chow, another lower-income woman of color. That is important because people like Elena are not just racist towards “bad” kinds of people of color, they are racist towards all of them; they just pluck out exceptions to add to their circle. Because when you live in a reality of tastefully decorated white privilege, a little bit of color doesn’t ruin the décor.

Elena’s own hardships with a sexist world have not made her a kinder person or a more compassionate person, because she believes that the lack of struggle she’s given her children means she is a good mother. Her giving up a promising career to have children is the “right” thing, while in the same breath chiding someone like Bebe who had to give up her child because otherwise, they would both starve.

Watching the final episode with Bebe Chow fighting with Linda McCullough was a perfect example of how the series manages to highlight the complexity of motherhood with tough choices. Linda and Bebe are both sympathetic to me. Linda has dealt with infertility and she loves Mirabelle/May Ling. However, Bebe’s situation of abandoning her daughter at a fire station is tragic because she was alone, poor, and suffering through a postpartum episode. She did not have the ability to take care of her child and gave her up in order to protect her baby. Yet she didn’t stop looking for her child.

When Linda is asked how she plans on keeping Mirabelle/May Ling’s cultural ties, you can see that it is an issue that Linda only slightly understands the importance of. It was an impactful moment for me because while “race isn’t everything,” the complete inability of the McCulloughs to have empathy for Chow, their own microaggressions and ignorance (like having fortune cookies at the girl’s first birthday), show that while they have a lot to offer this child, they are also not at all prepared for dealing with race. Considering the absolute scorn with which they treat the biological mother, are these people prepared for the day someone treats their Chinese daughter with scorn because they don’t immediately see her wealth? Are they prepared for their daughter to be othered? To have to put up with the same microaggressions that the Warrens have?

It’s a complicated question and there is no easy answer, which is what makes the show so richly complicated. It doesn’t have heroes, just people trying their best and sometimes, that isn’t good enough.

While filled to the brim with melodrama, Little Fires Everywhere uses that element to expose the limits of likability when it comes to fictional female characters and asks: do you need to like them in order for them to have a valid point?