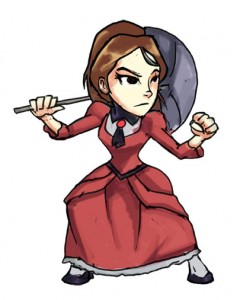 Jane Austen: Social commentator. Popularizer of rom-coms. Word Fighter. That’s right: Ms. Austen will be a character in the upcoming iOS/Android game. As the developer said, “When it’s time to throw down, Jane is ready to destroy you.”

Originally coming up with the idea last year and intending it to be Street Fighter, but with words, the game reportedly now looks like a combination of Blogger, Words With Friends, Scrabble, and Super Puzzle Fighter. The game challenges how fast you can spell words when competing with other people, and while you play you get to be personified by famous authors.

Female characters in video games can be written and treated so much better than they have been, and game developers ultimately have the power to change that.

According to Forbes, the game will also feature “Edgar, the melancholy hero; Agatha, the spunky lady detective; and Jane, the damage-dealing damsel.” 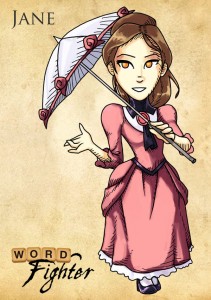 We haven’t seen much of the characters yet, but they have released the character art for Ms. Austen. As Gian Cruz, one of the app developers, noted, they wanted to make her look like a “bad-ass version of Princess Peach.”

Simply put, Jane is a princess who doesn’t need saving. She’s beautiful, and she can also kick your ass. At a glance, she appears to be a very prim and proper lady — as you can see in her portrait — but when it’s time to throw down, she’s ready to destroy you,

says Gian Cruz, founder and half of the employees of Word Fighter‘s developer Feel Every Yummy.

There’s also a glimpse of Poe and Christie duking it out as only authors know how. 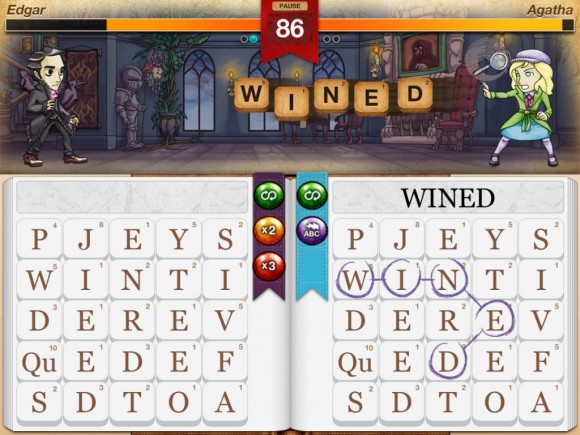 On the levels of bad-ass, how do you think this ranks?