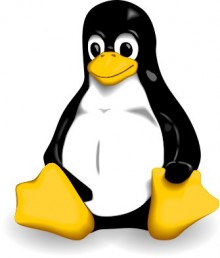 The miracle of convergence, where our physical and digital lives merge seamlessly and we’ll be able to access Facebook on our noses or something, is still a long way off. But another convergence, that between mobile and desktop user experiences, is most assuredly upon us. Touch-based controls, which were birthed and perfected on mobile platforms, are becoming increasingly common on non-touch devices. Especially in two new innovations rolling out for the Gnome and Unity user interfaces (UIs) for Linux.

Canonical, the group behind the minimalist Unity UI, has announced that they are prepared to do away with scroll bars. The move comes from observations of the innovations being made on mobile devices, where space is paramount. The developers of Unity sought to incorporate these ideas into their project, which is often used on small-screened and lower powered devices.

The result is a slim marker to show the page’s position, and a scroll thumb that appears and disappears as the cursor moves within range. The scroll thumb also maintains the up/down button controls common on scroll bars. This means more room for content on a page, but also greater continuity of controls across devices.

Another Linux UI tweak has also seen fit to eliminate a common feature, but this time without replacing it. Makers of the Gnome UI have removed the minimize/maximize buttons, simply because the developers feel that they contribute nothing to the user experience. While this may not seem like a touch-based issue, how it’s being handled in Gnome certainly is. From their blog:

[Minimize buttons] don’t make sense within the current shell design. There’s nothing to minimize to, like a dock or window list, and it’s potentially confusing, since users will not know where their windows have gone.

It emphasises dragging the title bar as the primary way in which windows can be resized. […] Dragging is already the mechanism by which windows can be snapped to fill one half of the screen, and there are possibilities for extending this snapping functionality in other ways in the future. […] This approach also enables some fun and novel interaction patterns, such as dragging a maximised window down to ‘peek’ behind it. These kinds of user experience advantages are extremely beneficial.

No doubt one motivation behind these changes is to make the operating system more accessible across devices. Because of Linux’s unbeatable low price tag of “completely free” and its robust and flexible design, it’s often the go-to operating system for low-cost and smaller-sized computing devices.

It’s not just Linux systems which are moving toward more touch-friendly environments: Apple has unveiled new touch gestures for their multi-touch trackpads which closely mimic the touch functions of iOS devices. For instance, the convention of moving fingers down to scroll up, as is done on the iPhone, will soon be implemented on all Apple computer products.

When Apple first rolled out multitouch on the iPhone, many speculated that it would eventually supplant the mouse as the new method for interaction. There have been some rather clumsy attempts at this, such as computers with touch-sensitive monitors. However, these smaller, subtler changes in Linux and Apple UIs is likely the true herald of touch’s arrival. Friends, it is likely that we are seeing the shape of things to come.

(Canonical Design via Geek.com, and afaik via Slashdot, image via Wikimedia)