Things We Saw Today: Lindsey Graham Is Getting Exactly What He Deserves 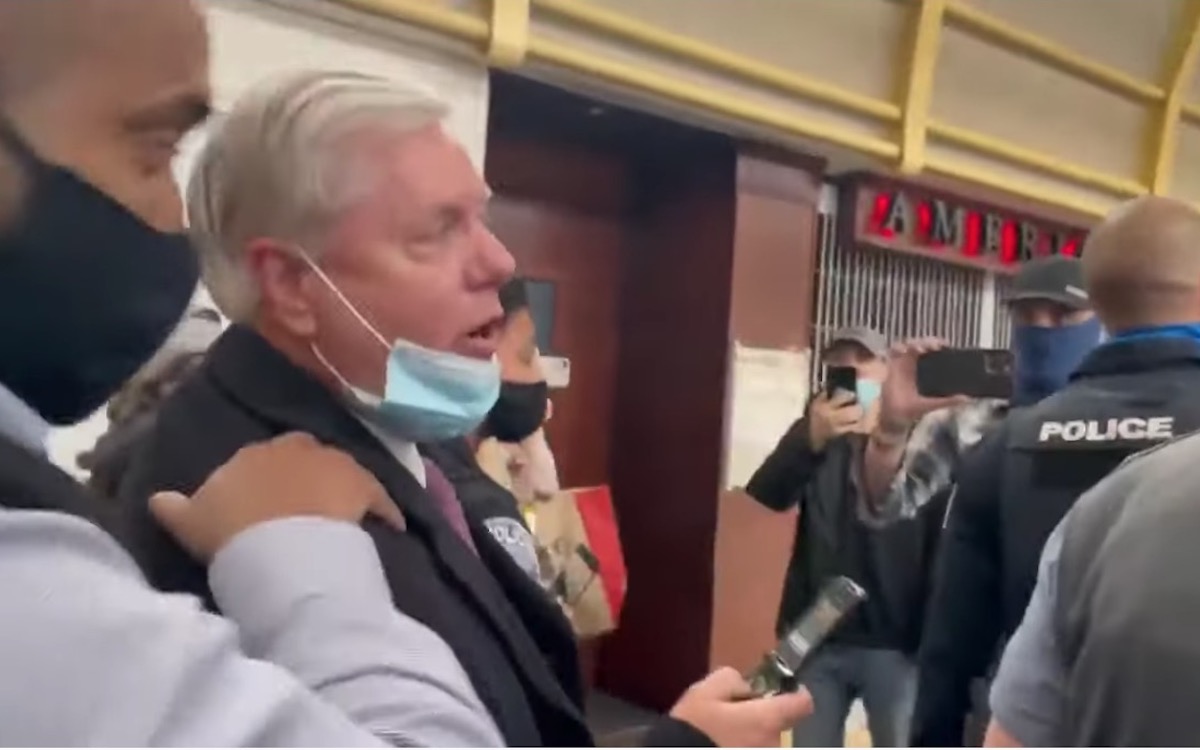 Republican senator/Trump toady Lindsey Graham was accosted at Reagan Airport in Virginia today, as he was followed by a crowd shouting at him, calling him a “traitor.” That already sounds like a fun scene to witness but what makes this even better is that the people yelling at him weren’t the usual liberals and progressives. They were Trump supporters!

A source sends this video of a group of Trump supporters today harassing Sen. Lindsey Graham at Reagan airport and loudly calling him a “traitor” after he publicly broke with Trump earlier this week. pic.twitter.com/XBF8K6DIUD

This crowd isn’t mad at Lindsey Graham for enabling Trump. They’re not upset about his role in pressuring Georgia’s secretary of state to throw out legitimate Biden votes, or his proposed support of Trump acting as a “shadow president” after he leaves office, or any of the other dangerously sycophantic things he’s said and done in recent history. (They’re also not mad about his completely ineffective mask usage.)

Lindsey Graham reaping what he sowed at the DC airport rn pic.twitter.com/sJsoQgDx6X

Remember when Sarah Huckabee Sanders was quietly and politely asked to leave a restaurant and it was like, the worst thing that had ever happened?? Who could have guessed that the people who overreacted to that would suddenly turn on a man just because he wouldn’t help their fave stage an actual coup?

It’s Friday! Do something nice for yourselves this weekend!