Terminator: Dark Fate‘s Director Promises the Film Will Scare Misogynistic Trolls, As if We Needed Another Reason to See It

Tim Miller, you are speaking my language. 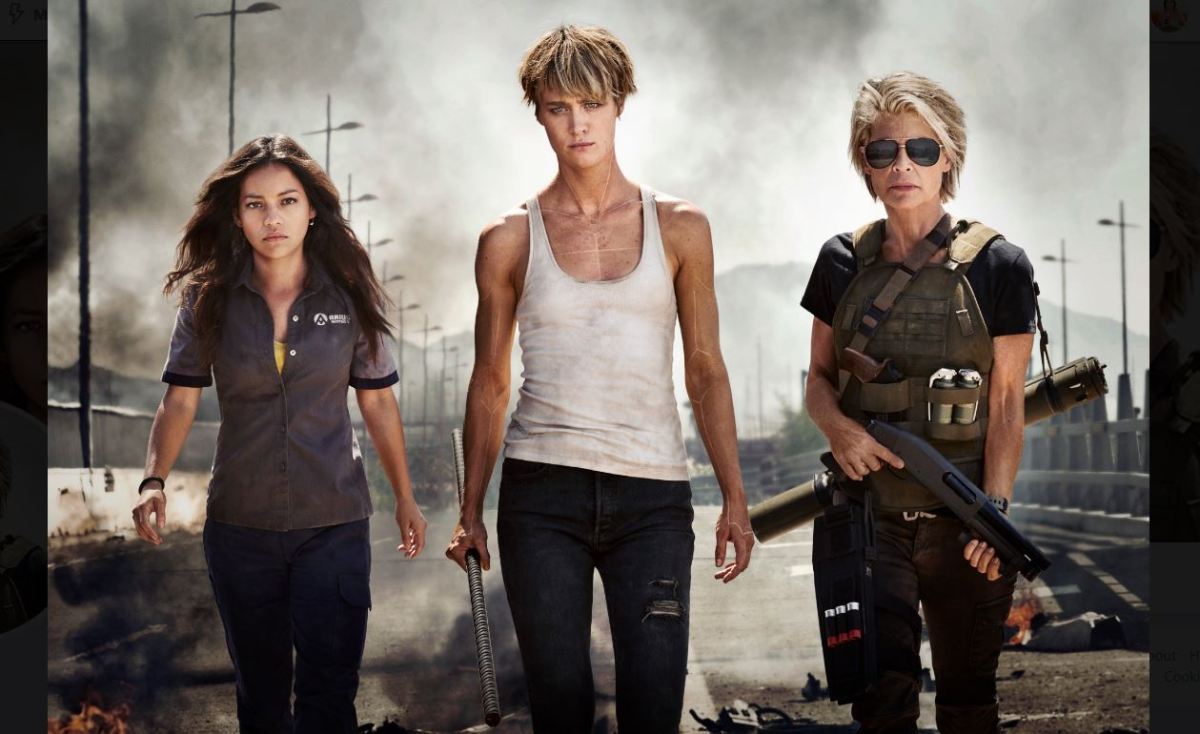 Terminator: Dark Fate had me at hello. More specifically, it had me at Linda Hamilton firing a gun in slow motion in her full silver fox glory. And I’m sure I wasn’t alone: the return of the one and only Sarah Connor, one of the best action heroines of all time, is undoubtedly a draw for fans.

But director Tim Miller (Deadpool) now gives us another reason to return to the iconic franchise, and that reason is scaring the pants off of the entire internet trolldom. In an interview with Variety, Miller described the film’s feminist bent and his plans to take over Hall H at San Diego Comic Con.

The film received some misogynistic blow-back on social media from the release of its first image, which featured the trio of women who anchor the film: Natalia Reyes, Mackenzie Davis, and Hamilton. Angry nerdboys were triggered by the all female line-up, but Miller is unconcerned with their opinions.

When talking about Davis’s female terminator character Grace, he said, “If you’re at all enlightened, she’ll play like gangbusters. If you’re a closet misogynist, she’ll scare the f–k out of you, because she’s tough and strong but very feminine. We did not trade certain gender traits for others; she’s just very strong, and that frightens some dudes. You can see online the responses to some of the early s–t that’s out there, trolls on the internet. I don’t give a f–k.”

Miller described Grace as stepping into the “protector” role, previously inhabited by the character Kyle Reese (and Schwarzenegger in T2: Judgement Day). And while Reese was human and the T-800 was machine, Grace appears to be something in between.

“Joe [Abercrombie] came out with this idea that a new protector from the future is a machine fighter. It’s a painful life, and they’re scarred and take a lot of drugs to combat the pain of what’s been done to them. They don’t live a long time. It’s a very sacrificial role; they risk death to save others. And from the very first suggestion it was always a woman.”

It’s refreshing to see a male director call out these elements of toxic fandom as opposed to pandering to them or sidestepping around the issue. Consider his treatment of Vanessa (Morena Baccarin) in Deadpool, the rare sex worker character that is not exploited or pitied. Instead, she is one half of the best, most twisted superhero love stories onscreen. Miller is clearly passionate about his female characters, and about Hamilton especially.

A self-professed nerd and Terminator fan, he discussed why he wanted to make the film, “After Deadpool there were a lot of projects I could’ve chosen, but I really wanted to see Linda Hamilton come back to personally continue her story as Sarah Connor. Like James Cameron, I always find stories about women are much more interesting than men picking up guns.”

We can’t wait to see what Miller has in store for Hall H and the Terminator franchise.