Lily James Defends Her Cinderella Corset, Does Not Instill Me With Confidence 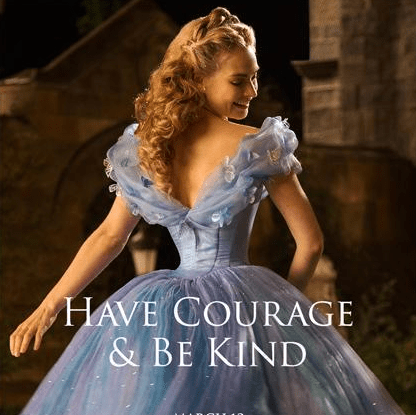 Back in December we were baffled by this Disney promotional image for the upcoming live-action Cinderella film in which Lily James is either the victim of some over-zealous photoshop or a really weird optical illusion.

The picture raised a lot of questions (why? how? And if  that absurd shoulder-to-waist ratio was just the result of a strange angle, did no one at Disney just look at this weird picture and realize it probably wasn’t a great image to promote as a physical ideal?), and has come up fairly frequently during James’ interviews for the film. (It’s worth pointing out that, unfortunately, a lot of this scrutiny of her look in the movie isn’t coming from concern over unrealistic body standards but a lack of imagination; what does one ask an actress about if not her diet, figure, and clothes?)

In an interview with The LA Times earlier this week, James said her small waist in the film is an illusion created by wearing the corset with billowing skirts, and that she doesn’t think Cinderella promotes an unhealthy attitude towards weight:

I think it’s all very hypocritical, and they contradict themselves, and they’re drawing more attention to it. I think all that stuff’s so negative, and you’ve got to let it wash over your head. I’m so healthy. I’ve got hips and boobs and a bum and a small waist.

I think it’s a beautiful gown with a beautiful shape. I love the curves. I think it’s very old and ’40s, the way it goes in and out. It’s what made me feel like I could be a princess.

However, in an interview with E!, James admitted that the corset often forced her to skip meals on set:

When [the corset] was on we would be on continuous days, so we wouldn’t stop for lunch or a lovely tea like this. You’d be sort of eating on the move. In that case, I couldn’t untie the corset. If you ate food it didn’t really digest properly, and I’d be burping all afternoon in [Richard Madden’s] face, and it was just really sort of unpleasant. I’d have soup so that I could still eat but it wouldn’t get stuck.

For many of the children Cinderella is being marketed towards, it doesn’t matter whether or not James’ waist in the movie was the result of optical illusion, photoshop, or crafty period costuming; what matters is proportions that are unattainable and even dangerous for most adult women are being presented (as they have been by Disney for over 75 years) as the feminine ideal. Cinderella might be a costume nerd’s dream, but I’d take historically inaccurate dresses over body image issues any day.