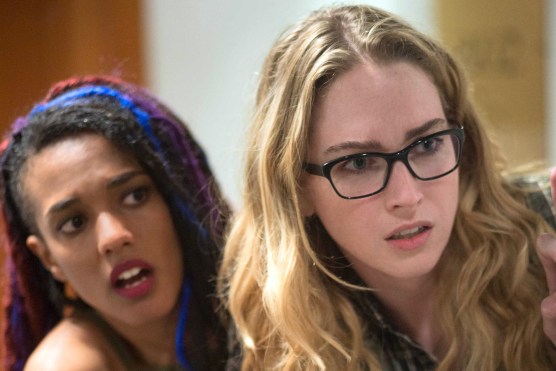 It’s been a crazy year for Lilly Wachowski, what with the Daily Mail forcing her to come out as transgender and all. On the one hand, she’s out and proud and living her truth. On the other hand, she was forced to deal with living as a trans woman publicly before she may have been ready. Now, she’s taking some time off to focus on herself.

According to Buzzfeed, Wachowski is “is using this time to focus on her well-being, but she could return should Netflix order a third season.”

This isn’t the only big change in the show. Aml Ameen, who played Capheus aka “Van Damme” on the show, left Sense 8 after creative differences between him and Lana Wachowski came to a head at their first table read, and he left several episodes into filming. Actor Toby Onwumere will now be taking on the role, and Lana Wachowski will be taking the reins of the show on her own.

This is now the first time that the Wachowskis haven’t worked together on a creative project. Though I’m sure they’ll be talking about the show throughout, it’ll be interesting to see if and how Lana working alone will change the show.

The second season of Sense 8 is set to drop on Netflix sometime in 2017. What would you like to see in Season Two?