And no, seeing a Pink Floyd show at the Planetarium won't have the same effect. 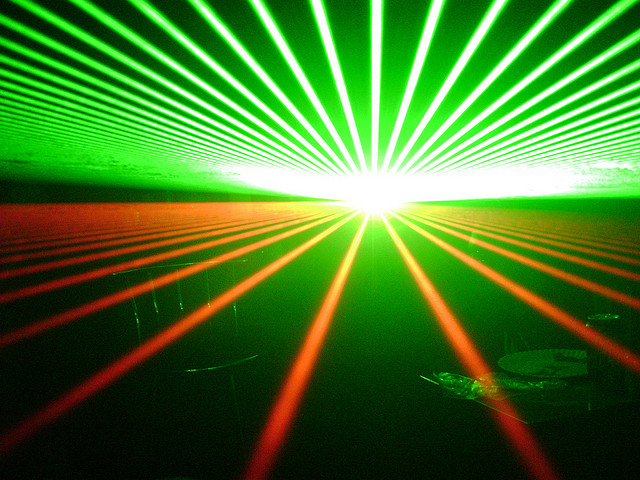 Because you’re reading this right now and not staring into my shining eyes, you won’t understand how excited I am for a major development in optogenetics, the manipulation of nerves using light. Let me be clear: I’m stoked to the max. Researchers have discovered that light can be used to create or end pain, and that’s exciting and terrifying news.

A study published this week in Nature Biotechnology explains how scientists at Stanford’s Bio-X lab accidentally stumbled on their ability to end pain as we know it while researching light’s impact on muscle movement in mice.

The team had inserted proteins called opsins into the nerves of the mice and then waited several weeks until the mice’s nerves were light-sensitive to begin their tests. During the course of their research, they realized that different shades of light also seemed to impact the mice’s pain neurons; some shades stopped pain altogether, while others increased it. Says Scott Delp, co-author of the study and owner of the lab,  “We thought, ‘Wow, we’re getting pain neurons, that could be really important.'”

Adam Clark Estes nicely summarizes the study’s significance for Gizmodo: “This bears huge implications in a number of fields, from neuroscience to psychology, and could help millions of people who suffer from chronic pain.”

It’s hard to imagine the effect that this incredible new development may have for modern medicine–or modern weaponry and warfare. However, it’s not the first mind-blowing discovery to be reported by Bio-X in the developing study of optogenetics.

In the past, pioneer Karl Deisseroth and his peers have written about the field’s potential for curbing hunger and curing brain disease and alcoholism. So there may be a brighter future ahead of us–just don’t try these cures at home yet.

(via Gizmodo, image via Douglas Muth)