This film is a stone cold nightmare, come at me. 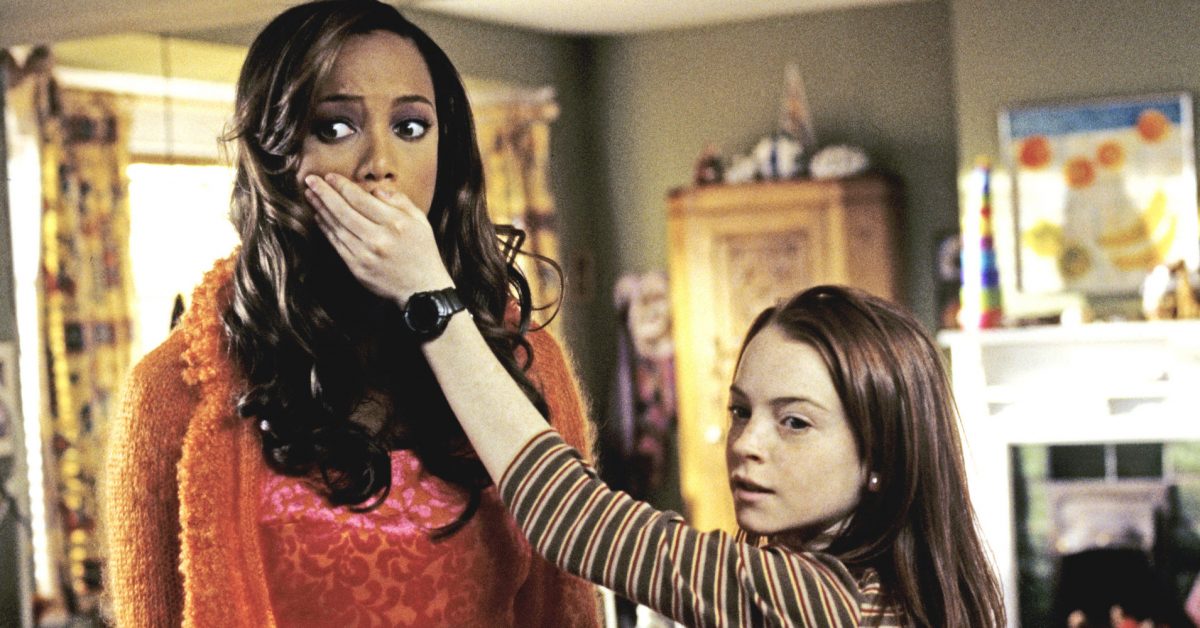 With Halloween just around the corner, the conversation naturally turns to our favorite horror movies. You know, the ones that keep you up at night, that make you check under your bed for monsters. Sure, there are the classic films about demons, ghosts, vampires, and masked madmen. But I’d like to propose a new entry into the horror canon, one more terrifying than any dancing clown or hockey-loving serial killer. I’m talking, of course, about the 2000 Disney channel movie Life-Size starring Lindsay Lohan and Tyra Banks.

Okay, I know what you’re thinking, but hear me out. Life-Size is the consummate “creepy doll” movie that’s so unsettling it makes Annabelle feel like Anne of Green Gables. It’s also a nihilistic meditation on existence that’s on par with any episode of Black Mirror. But I’m getting ahead of myself.

Life-Size centers on Casey (Lindsay Lohan) a seventh-grade tomboy whose mother passed away two years prior. Casey and her absentee dad have been struggling in her absence, so young Casey decides to resurrect her dead mom from the grave thanks to a magic book she found. Unfortunately, Casey hasn’t read Pet Sematary, so she has yet to learn the powerful lesson that “sometimes dead is better.”

Casey finds some of her mom’s old hair in a hairbrush for her resurrection ritual, but there’s a catch. Her dad’s work friend/potential love interest has gifted Casey with an Eve doll (which is basically Barbie in everything but name/copyright) and has brushed the doll’s hair with the same brush. Sidebar: is there anything creepier than an adult woman brushing a doll’s hair? No, there is not. Casey accidentally uses the doll’s hair in the ritual, bringing Eve to life (Tyra Banks).

As a doll, Eve is an everywoman: doctor, cop, secretary, astronaut. As a human, Eve is a goddamn trash fire. Lindsay Lohan tries to get a handle on her as she flits from one scene to the next, lighting the kitchen on fire, going on a shopping spree, and using her nose for the first time. See, while Eve apparently has the memory of doing all these different jobs, she’s still a doll, so she has never eaten or smelled anything. This is where the movie descends into madness for me.

How can Eve be trained as a doctor but not know how her own mouth works? How is she stewardess but can’t navigate an escalator? Is she an idiot or is she a genius? Is she all of us or is she none of us? And what sort of bizarro plastic doll world does she come? If the resurrection spell worked then does that mean she was alive at some point? I HAVE SO MANY QUESTIONS AND THIS MOVIE HAS NO ANSWERS FOR ME.

Ultimately, it turns out that Eve actually can’t do anything at all. When she tries to work as a secretary at Casey’s dad’s firm, we find out that all Eve can do is mindlessly type random letters. She is simply a puppet going through the motions.

(accurate depiction of me at work)

It’s depressing that Eve, who should be good at everything, is literally good at nothing and can’t function in society. She is basically a sentient plastic baby, which makes her irresistible to Casey’s dad. It’s as gross as you think it is. Finally, Lindsay Lohan and Eve realize they have to turn her back into a doll because, as a human, she is basically a functionless monster. It’s like Mary Shelley’s Frankenstein if the monster only knew how to shop and sing his own theme song and Victor was a tiny ginger magic savant.

And if that isn’t enough to convince you that Life-Size is a horror movie, dear reader, here is the most damning evidence. The film is getting a sequel.

In case you haven’t heard. 💛#LifeSize2, this December.

Are you ready for the Life-Size Cinematic Universe to expand? Will we learn more about the nihilist dystopia that is Doll World? Will Lindsay Lohan return as a woman whose traumatic childhood adventures with Tyra Banks have rendered her a fragile shell of a woman? We’ll have to wait until December to find out.