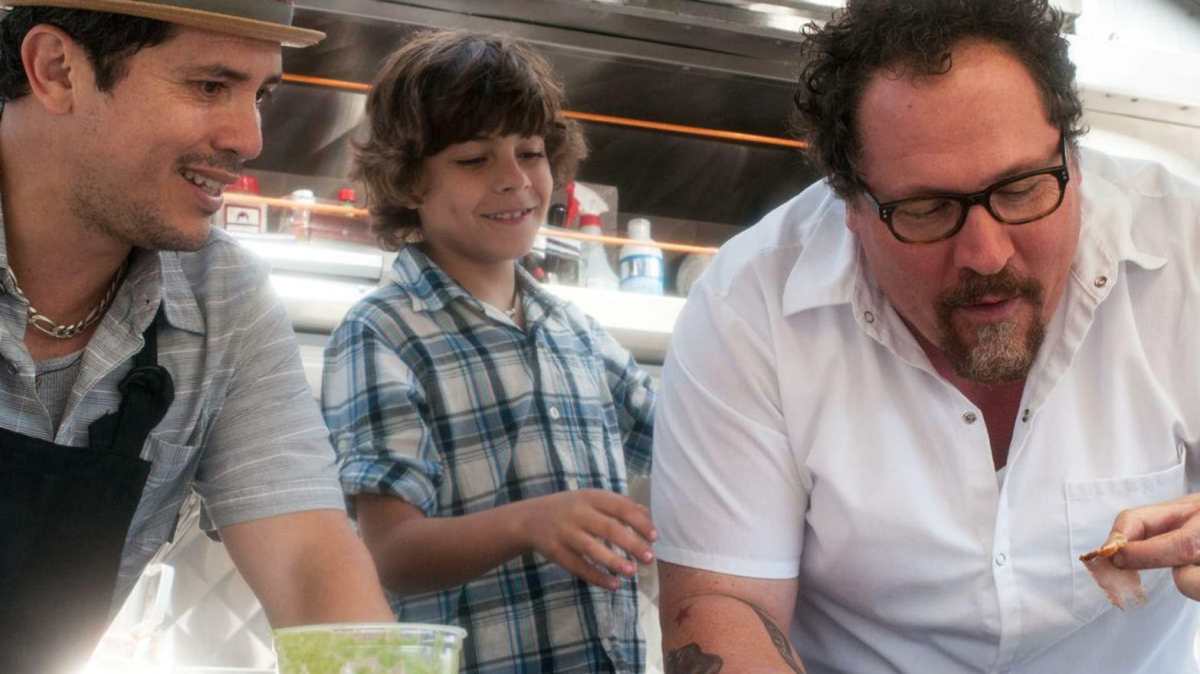 Let’s talk about the movie Chef. A movie ahead of its time, the Jon Favreau film features a chef named Carl Casper (Favreau) who ends up losing his job at a restaurant he helped start because he got into an unexpected Twitter battle with a food critic (Oliver Platt). From there, he has to reconnect with his son and ex-wife (Sofia Vergara) to find how to bring his love of cooking and food back into his work.

Sounds cheesy, I know, but it isn’t, and I’m obsessed with it because Favreau got so into bringing the real-life world of chefs to the big screen that he did a ton of research for the movie (as stated on The Chef Show) and then got some of his Marvel friends to do cameos for a minute. Here is the trailer for the movie:

What I found so interesting about Chef is that it isn’t just a metaphor for chefs who are trapped in a world where they can’t be creatively fulfilled. It’s for every artist out there who feels stuck doing something they don’t particularly love in order to make ends meet. Sure, it helps that Carl has Marvin (Robert Downey Jr.), who is his ex-wife’s ex-husband (truly the most interesting dynamic in this movie, and I still can’t stop talking about it) and is willing to give Carl a food truck so he can try something new. But still, the sentiment remains.

This is one of those movies where a few of my friends kept saying, “I can’t believe you, of all people, haven’t seen Chef,” and I didn’t understand why, and then I watched it, and now I want to make sure it’s not missing from anyone else’s life. It’s great, a beautiful ode to cooking, creativity, and being true to yourself, and it ended up giving us The Chef Show, where Gwyneth Paltrow didn’t remember that she was in Spider-Man: Homecoming, and we got this iconic line:

I am Robert Downey Jr. pic.twitter.com/peTgvRdJMV

Do I think that Favreau was probably filming Iron Man 2 and asked his friends Scarlett Johansson and Robert Downey Jr. to do him a favor? Probably, but also, I would have been on board, too, if I read the script for Chef. Watch it, watch The Chef Show, and join me in this obsession that I have with Jon Favreau movies, because he’s absolutely brilliant and his dedication to getting the world of restaurants and chefs accurate is what makes him such an incredible director.

You can watch it on Amazon Prime Video if you have it, and I highly suggest doing so. He literally tweets like an old man throughout a whole section of this movie and doesn’t understand the difference between a public reply and a DM, and it’s *chef’s kiss.*