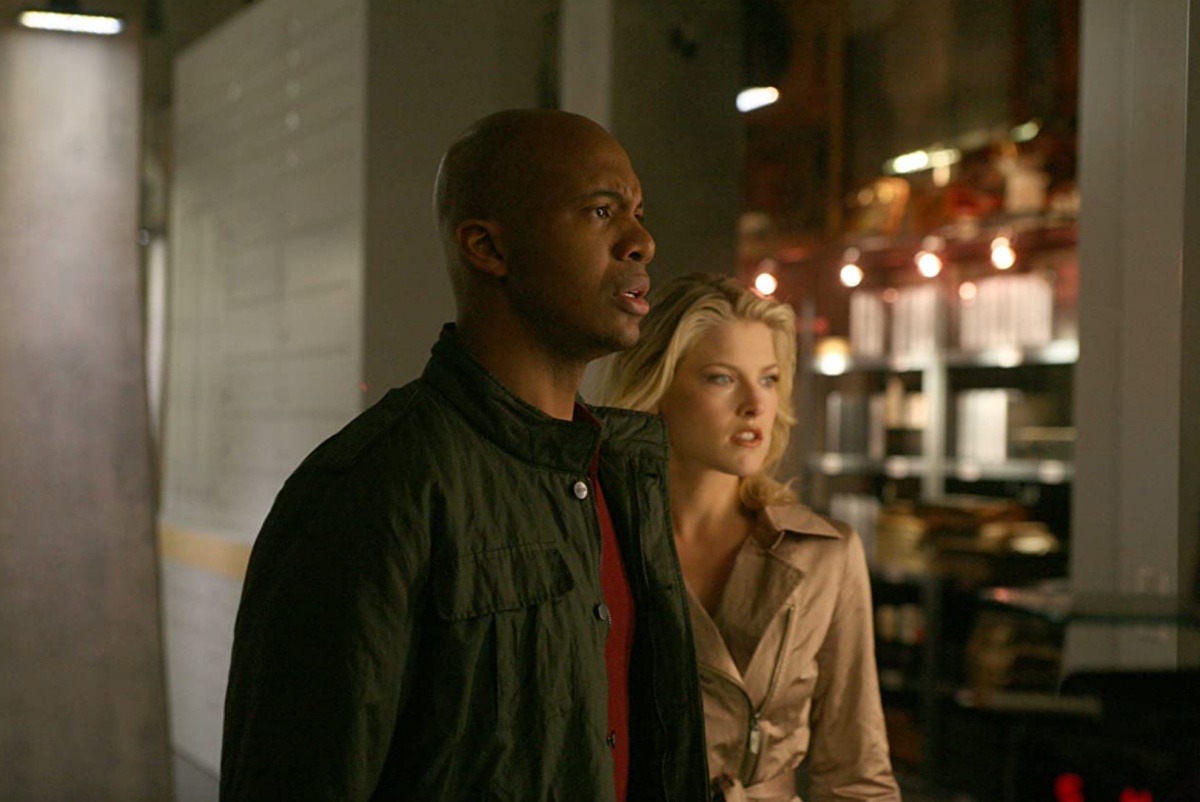 Leonard Roberts played D.L. Hawkins in the first season of NBC’s Heroes, a role that was supposed to be a big break for him as a character who could phase through solid objects. Yet, due to issues behind the scenes, Roberts and his character still ended up getting a bullet in the back.

“In 2006, I was fortunate enough to land a role on the NBC television series Heroes,” Roberts writes in his essay for Variety. “I played D.L. Hawkins, who in an early draft of the pilot was literally described as ‘a white man’s nightmare.'”

After playing Forrest on Buffy: The Vampire Slayer and starring in the movie Drumline, this role in Heroes was Roberts’ first series regular role on network television. It was an opportunity for something new, and the actor noted that he “found a connection to the character that didn’t traffic in stereotypes.” Then, the bullshit slowly began.

When the filming for that started, it brought in Niki Sanders, a white woman played by Ali Larter, who was to play his character’s wife, and the tension began to play out there:

“The script suggested D.L. and Niki had a volatile relationship — and it wasn’t long before art was imitating life, with me on the receiving end of pushback from my co-star regarding the playing of a particularly tense scene. Coming from theater, I was familiar with passions running high in the process of bringing characters to life, so I later gave her a bottle of wine with a note affirming what I believed to be mutual respect and a shared commitment to doing exceptional work. Neither the gift nor the note was ever acknowledged.”

According to Roberts, Larter was reluctant to be close to him during scenes about their onscreen relationship and did not discuss her concerns with him, but showed a completely different form of vulnerability with her character and Nathan Petrelli, played by Adrian Pasdar.

“I pondered why my co-star had exuberantly played a different scene with the Petrelli character involving overt sexuality while wearing lingerie, but found aspects of one involving love and intimacy expressed through dialogue with my character, her husband, disrespectful to her core. I couldn’t help wondering whether race was a factor,” Roberts wonders.

Instantly, I was reminded of all the relationships that I’d watch on a show where an interracial couple was set up and hinted at, but never went anywhere. Or if it did, was always accused of having much less chemistry (rightly or wrongly) in comparison to how they interacted with their white costars.

As the other non-white leads began to drop, it made Roberts inquire whether he would meet the same fate. “His presence on the show kept getting smaller, and by the mid-season finale he had been shot more times than 2Pac. I even had my management inquire about the possibility of me being killed off. While I was initially thankful for the opportunity, the experience had become creatively unfulfilling and I thought moving on might be best for everyone. I was told, however, that the production’s response was ‘We love Leonard.'”

Then, one of the last publicity situations that happened was when the characters were on the covers of Entertainment Weekly coupled up. Naturally, as a married couple, Leonard and Nikki were together.

“‘I’m hearing our cover is selling the least of all of them,'” Roberts recounts Larter telling him. “It was the first and only thing she said to me that night and I believed the subtext was clear: I was tarnishing her brand.”

Despite all the “we love Leonard” talk, it wasn’t enough to save him. “I received a call from Kring, my first ever. In a short voicemail message, he said that due to ‘the Ali Larter situation,’ when the show returned for Season 2, audiences would learn that D.L. had died.”

Everything in Roberts’ piece saddened me, but none of it surprised me. As a viewer of media, seeing a Black character being sidelined—especially one of the few cast in a series praised for diversity—is part of the norm, especially as someone who watches science-fiction and fantasy-themed shows where Black characters are sparse and underwritten.

We talk often about what is worse, bad inclusion or no inclusion, and I think it’s important to remember the actors who are a part of these stories—the ones who will be tokenized on set, who will have to bite their tongue for the sake of being respectable, who have to endure the comments from folk who are saying they are ruining shows by simply existing while Black. That is a burden no one should bear, and it exists because of the racist ways in which our society conducts itself and the way social media has made it easier to be cruel to others.

By the time I started watching Heroes, Hawkins was dead, and the series was already beginning its slow death rattle, but just realizing that his character was shot, despite having the ability to phase through objects, makes me think of Darwin in X-Men: First Class. A character whose abilities allow him to survive anything, yet killed off to prove a point and raise stakes.

Larter did respond to these allegations in a statement to Variety: “I am deeply saddened to hear about Leonard Roberts’ experience on Heroes and I am heartbroken reading his perception of our relationship, which absolutely doesn’t match my memory nor experience on the show. I respect Leonard as an artist and I applaud him or anyone using their voice and platform. I am truly sorry for any role I may have played in his painful experience during that time and I wish him and his family the very best.”

Variety made sure to clarify that they “substantiated Roberts’ account with 10 people who either had worked on “Heroes” in its first season or were familiar with Roberts’ experience at the time.”

Still, I don’t want to drop all of this on Ali Larter’s lap, because while the things she did were absolutely awful, where was everyone else? Where were his other white coworkers with more power and clout standing up for him? Where was the solidarity? Where were the producers and writers saying, “Well then they will just get divorced”?

Why did a Black man have to die so that Ali Larter could protect her brand in this situation? People have defended Larter by commenting that she had no problem working with Idris Elba in Obsession, but I think that it implies something different than just race. I don’t think it was just that Roberts was a Black man; it was that he was a Black man that could not offer her anything. Adrian Pasdar was married at the time to Natalie Maines from The Chicks and had a long career before Heroes.

Idris Elba was Stringer Bell from The Wire and already a sex symbol. Elba gave her brand something and Roberts did not. At least, that is my cynical take on it.

Regardless, everything Roberts said struck a chord because it is currently happening still towards Black and other BIPOC talents. The “chemistry” talks, the sidelining of storylines, pushing them further away from the story until only death is the option.

Roberts says that Dennis Hammer, the producer, “made it clear he would deny what he said if I went public with said revelation. I pointed out it was absurd to hear that, given that when the meeting concluded, my co-star would be the one still with a job and I would be the one painfully unemployed. Hammer said I needn’t worry, suggesting I would undoubtedly move on from “Heroes” and still be working in 10 years.”

“Don’t think of this as a situation where the Black man loses and the white woman wins,” he recounts Hammer saying to him. Yet, that is exactly what happened.

“In 2006, I set out to cast the most diverse show on television. Diversity, interconnectivity and inclusivity were groundbreaking hallmarks of ‘Heroes.’ So too was the huge, diverse cast that continually rotated off and onto the show, with none ever being written off based on their race. Looking back now, 14 years later, given the very different lens that I view the world through today, I acknowledge that a lack of diversity at the upper levels of the staff may have contributed to Leonard experiencing the lack of sensitivity that he describes. I have been committed to improving upon this issue with every project I pursue. I remember Leonard fondly and wish him well.”

“14 years is a long time ago, but I remember clearly that Leonard was a great guy and a total pro.”

A total pro, who was fired.