Leonard Nimoy Wants to Be the Internet’s Honorary Grandpa, If We’ll Have Him 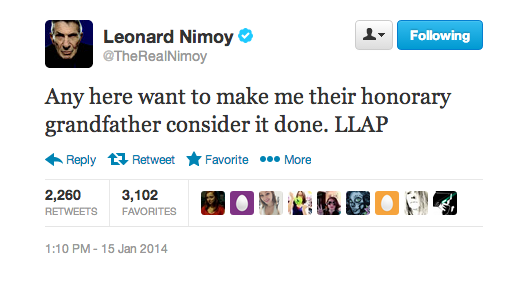