Lena and Kara Finally Have That Tough Conversation in Supergirl 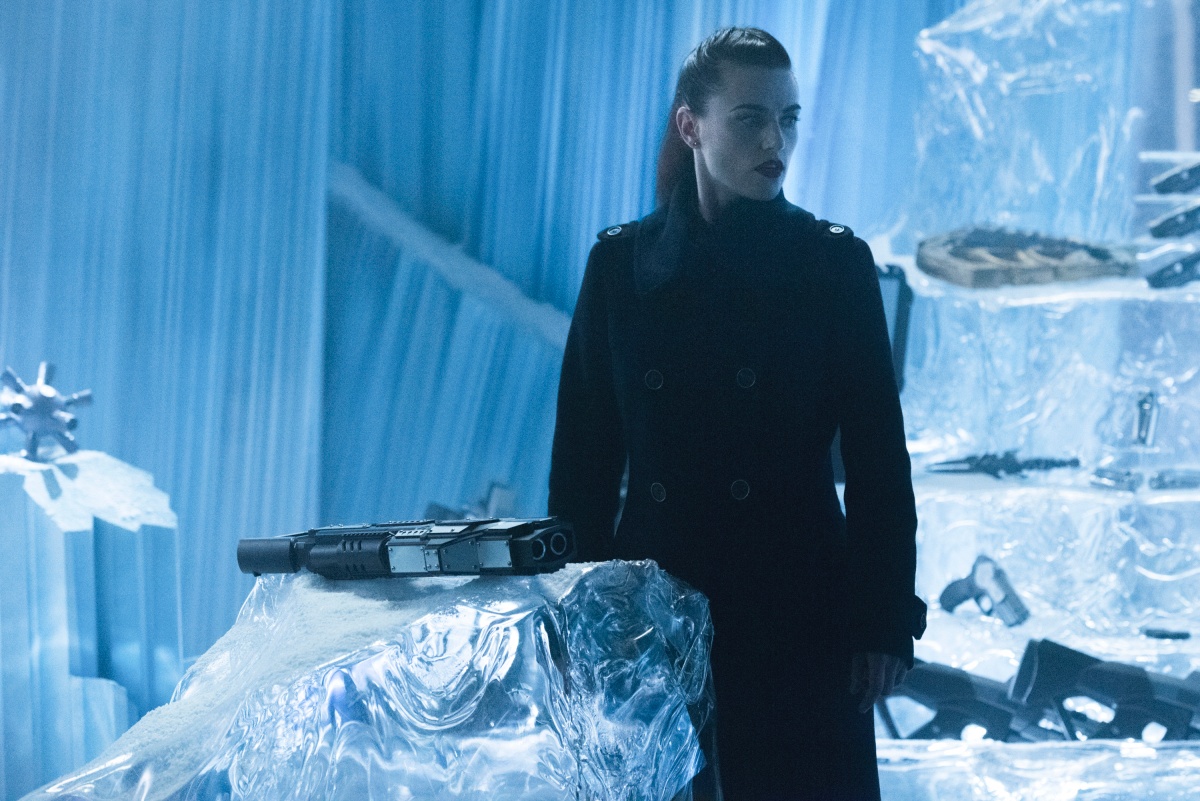 The tension between Lena Luthor and Kara Danvers, a.k.a. Supergirl, has been one of the defining conflicts this season of Supergirl, and honestly, one of the best parts of the season. Despite Kara confessing the truth to Lena in the first episode, Lena has not forgiven the betrayal at all and is now working to ensure that Kara will feel the same devastation that she once felt.

And with “Tremors,” that plan has moved forward.

First of all, can I just say, while Katie McGrath may struggle with her accent from time to time, she has completely sold the emotions of Lena’s pain, anger, and frustration. She has come a long way from Merlin, and while I’ve always enjoyed her as Lena, she has really solidified herself as one of the best assets the show has. Keep her happy, Supergirl producers.

The previous week’s episode was a flashback that showed the breakdown of the friendship between Lena and Andrea Rojas, and just how much Lena does not like to be betrayed. When Lena reveals her anger towards Kara, it hits the mark, especially when she talks about how she killed her own brother to help protect Kara.

While I think Lena is grossly wrong in a lot of aspects of this season, and I think she has committed several crimes that are totally jail-worthy, as a character, I totally see her point of view. For season after season, we have seen Lena be extremely candid about the pain and isolation she felt as a child, of feeling unloved by her mother, and of not being able to trust the people closest to her. Kara knew all of that and still lied to Lena—not to mention that, as Supergirl, she actively made Lena feel like she was untrustworthy.

Those wounds don’t heal easily, and while Lena is wrong in the overall moral sense, I understand her emotions. As fans of the superhero genre, we often talk about how secret-keeping is something that rarely, if ever, truly adds up to keeping your loved ones safe. Kara, by trying to have both sides—the friendship with Lena as herself, but the cautious side of trusting a Luthor as Supergirl—only poisoned the well of them ever becoming friends.

Lena may not think she is a villain, but the pain of what she’s lost has pushed her to believe that the only way to fix the world is to brainwash all of humanity into doing no harm. It is a very Ozymandias way of thinking, but it has paid off because I’m on the edge of my seat wondering what Lena is going to do. The only downside is that, with Crisis coming out soon, we’re going to have to hit pause on this storyline to deal with the end of the worlds.

Are you Team Kara or Team Lena? Do you think the power of friendship will bring these two back together, or is platonic Supercorp done for?