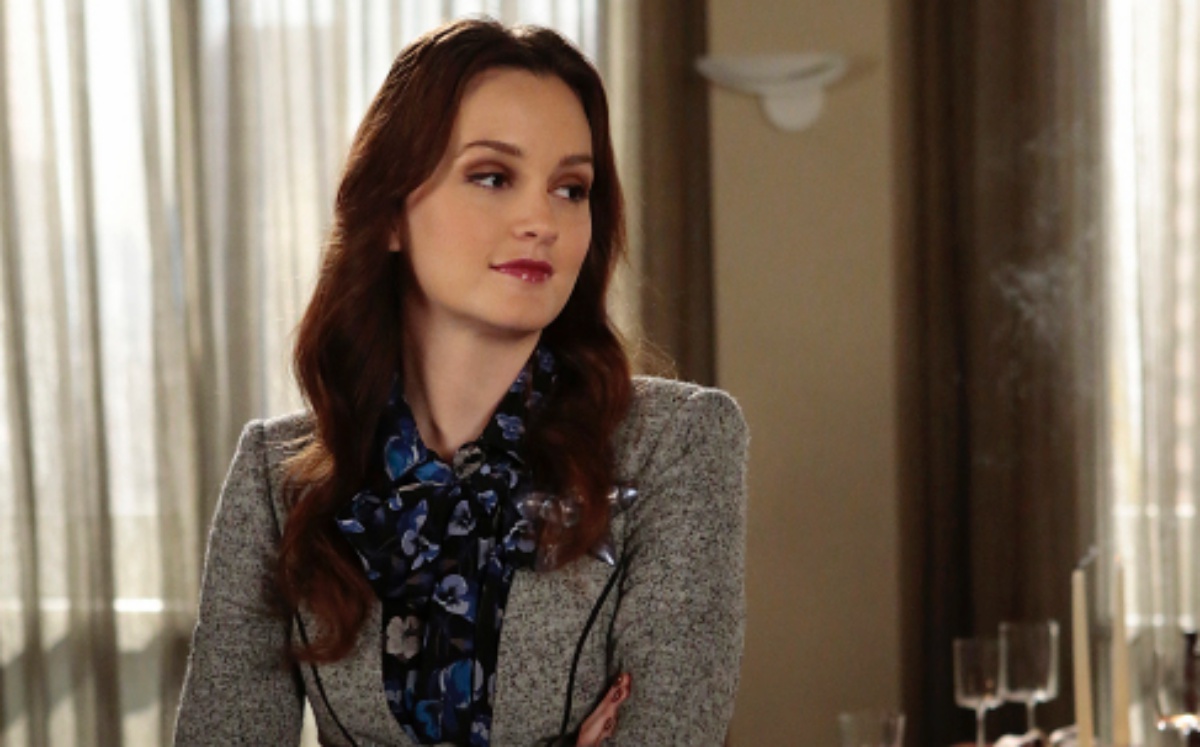 Gossip Girl, both the iconic television show and the less iconic but very addictive books, were a huge part of my high school years, mostly because of how much I loved the onscreen portrayal of Blair Waldorf, as played by fellow Aries Leighton Meester.

Meester was always one of the MVPs of Gossip Girl, and it’s no surprise that the experience left mixed feelings for the star, but in a recent interview with The Edit, Meester talked about how working on the CW show wasn’t always “the healthiest environment.”

The interviewer mentions that, while speaking with Meester, she tip-toed around the topic, feeling as if “the mention of it made the actress uncomfortable,” but seeing as that was (and to a degree still is) the biggest role Meester has had, it makes sense that it would have to come up. Of the show that helped launch the CW, Meester had this to say:

“I was young when I started Gossip Girl. A lot more people were suddenly around and I was being looked at,” she offers. “If you don’t have the right perspective, you could definitely be confused by people being that nice to you or judging you for behavior that’s typical of a 20, 21 year old… making mistakes but having to make them very publicly. I’m not haunted by that time, but it’s been interesting and helpful for me to look at it and examine it as an adult and go, ‘I don’t know if it was the healthiest environment.’”

While Meester isn’t haunted by that time, it also shaped a lot of who she was, because she had to work long hours and find out who was really on her side and who was playing a role. “It’s sort of a time capsule. A lot of the questions that come from it are: ‘Do you miss it?’ ‘Did you love what you wore?’ And I understand that, but—and I say this with nothing but love—it is like saying, ‘High school was an amazing time for you, do you wish you could go back?’ And the truth is, it was so special and such a unique, amazing experience, but no, I wouldn’t wanna go back to it, I was a kid!”

And honestly, we’re glad for that, because while it’s a show I still watch from time to time for nostalgia reasons, it’s a show with a lot of problems.

When people talk about female-centric shows that haven’t aged well, most point to Sex and the City, but I find Gossip Girl to be a much bigger offender in terms of how it portrayed young women and fetishized wealth, but also promoted one of the most toxic relationships outside of vampire dramas at the time: Blair and Chuck, known in fandom as “Chair.”

Chuck Bass is, frankly, a piece of shit in the show, a fuckboy with daddy issues who uses his wealth and “charm” to sexual manipulate women, men and everyone else. Even without the rape allegations towards the actor, Ed Westwick, it’s hard to watch the show now and see how it allows Chuck’s bad behavior to be rewarded in the end, especially when it loves to torment the female characters in unhealthy ways, like Vanessa Abrams (Jessica Szhor), the token non-white character on the show for most of its run, or Jenny Humphrey (Taylor Momsen).

It’s good to know when you’ve outgrown something, and I think Leighton Meester has long outgrown Gossip Girl for the better.

Also, Dan x Blair was the better couple, fight me.