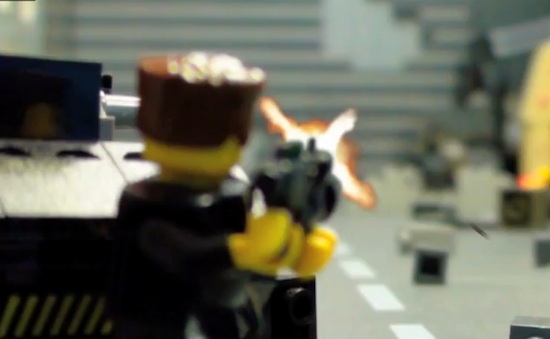 From The Matrix to Star Wars, meticulous Lego action scene reenactments are nearly as old as the invention of fire. The Legomasters at Custard Productions have churned out some classics with the little building blocks, including “Batman’s Gay Roommate” (NSFW) and “Cardboard Gear Solid.” Their most recent entry, “Lego Street Shootout,” is a particularly violent stop-motion affair; moreover, it unfolds in a gritty, naturalistic documentary-like style that hearkens to the gun battles in Heat and The Way of the Gun.

Naturalistic … until the jetpack comes into play. Hit the jump for the video.