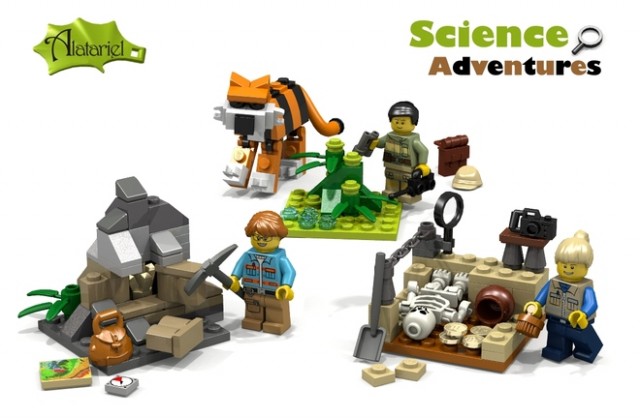 And LEGO needs your help to decide if it should become a real set!

Most of you probably remember the LEGO Ideas all-female scientist set, which was officially announced in June of this year and very quickly sold out after becoming available for purchase in August. The designer Alatariel has officially returned to the drawing board with a new set of “science adventures,” which, devoid of context, look a bit more like an Indiana Jones-style action sets. Because science is exciting, damn it!

The newly designed set has three different scientists, just like the final version of the last set. This time, each of the figures has their own mini backstory; Dr. Miller is a biologist who’s studying the behavior of a Siberian tiger; Dr. Coyman, the geologist, is hammering at an unusual rock formation to get a closer look at what’s inside; and Dr. Yates is an archaeologist who’s found a fully preserved skeleton and gold coins. 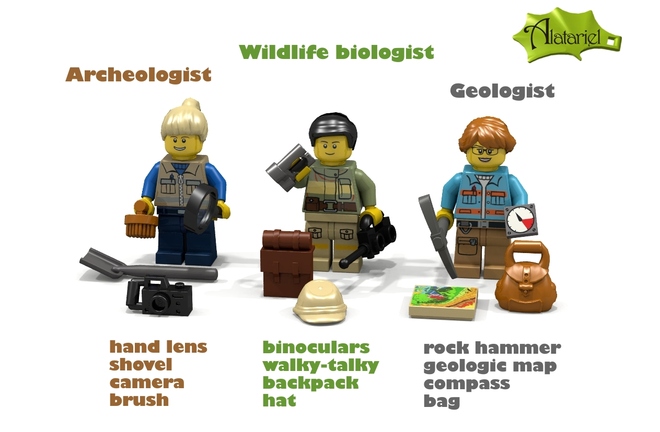 While one figure in this design is wearing lipstick and another has their hair in a stereotypically feminine ponytail, it’s a little difficult to tell what gender each of the three doctors are meant to represent when you compare them to officially-made LEGO minifigs—which, in my opinion, is pretty cool, because it gives kids the opportunity to decide for themselves. As awesome as it was to see STEM women celebrated in the last set Alaterial designed, it’s also just as refreshing to see them move past the overwhelming gender divide in their respective fields and just get to doing the science. You know, even if they are only 4 centimeters tall in this case.

As of writing the project only has 641 supporters, and they’ll need 10,000 to be considered as a possible real-life set—so if you like this design and want to see it become a reality, go vote for it at the LEGO Ideas website!