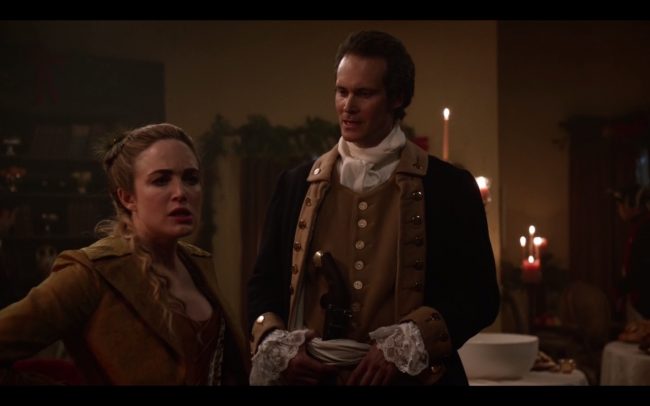 Seriously, it’s an open thread. Spoilers abound. I can’t help you if you keep reading.

At the conclusion of last week’s episode, Rip made his glorious return… well, mostly. He’s… not quite himself since Eobard Thawne tinkered with his archived memories to make him a bit evil. The first couple of episodes since the mid-winter break have skyrocketed Legends of Tomorrow to the top of many critics’ lists, and for good reason: it mixed up some solid story with great storytelling techniques.

This episode, rather than become a “monster-of-the-week” type deal, focused on the Legends’ drama as they try to reconcile this new, evil Rip. He was, honestly, one of the best aspects of this show for me, and here, his nihilistic attitude towards history is chilling. He’s not just brainwashed or anything—he puts his full conviction into his new, destructive beliefs.

It’s great to see Nate and Amaya’s relationship develop, and each of the characters seems to turn a new page as they delve into some deeper emotional baggage—Jax especially.

I realize that’s a bit of a high-level pass over the episode, but… that’s what the comments are for! What’d you think of the episode?