Legends of Tomorrow, Today: “Invasion!” Ends; We Get the Superhero Team-Up We’ve Been Waiting For 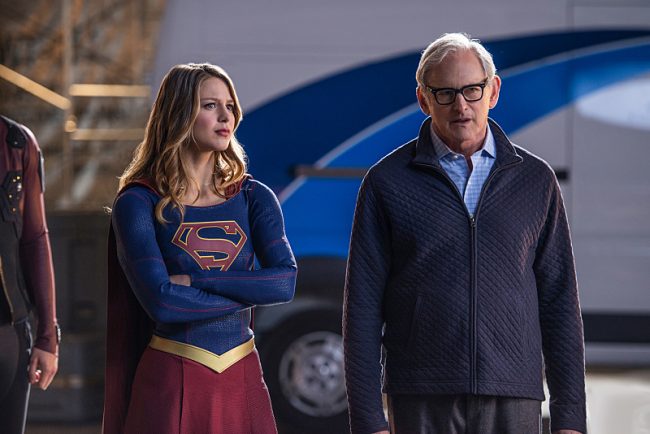 We’ve finally arrived at the end of the DC Superhero crossover event “Invasion!”, which concluded with last night’s episode of Legends of Tomorrow. Join us in this week’s open thread as we discuss not only the episode, but what we thought about the entire crossover event. And here’s where we give you an EXTREME SPOILER WARNING. After all, people will be talking about not only LoT, but this week’s episodes of Supergirl, The Flash, and Arrow. SO MANY SPOILERS. Seriously, though.

At this point in the “Invasion!” storyline, we now know the Dominators’ plan for the world. So finally, we have the team-up of our dreams as the Legends work with The Flash, Supergirl and Green Arrow to end them once and for all.

Meanwhile, as Stein helps figure out how the team can defeat the Dominators, he is distracted by an aberration he realizes he created in 1987. Don’t you hate it when stuff from your past comes back to haunt you? It’s the worst. And with the ability to time travel, it’s way more complicated!

So, what did you think of this week’s LoT and of the “Invasion!” crossover event? Was it everything you hoped it would be? Any missed opportunities you wish they would’ve taken on? And seriously, how cute are Barry and Kara whenever they’re together? Let’s chat all about it in the comments below!