20-year-old Mayuko, a student at Japan’s Tama Art University, decided he wanted to revolutionize the world of fonts in a way so mind-bendingly innovative that the typography would never, ever be the same again. So, what did he do? He made a western font out of pictures of his friend’s leg hair. Why? Because leg hair; that’s why. Presumably he went for a western font because traditional Japanese characters were slightly more elusive. With any luck, we’ll see those in the future. If all that wasn’t enough for you, the font has actually been used in an ad. An Adidas ad. An ad that was actually in print. Check it out below. 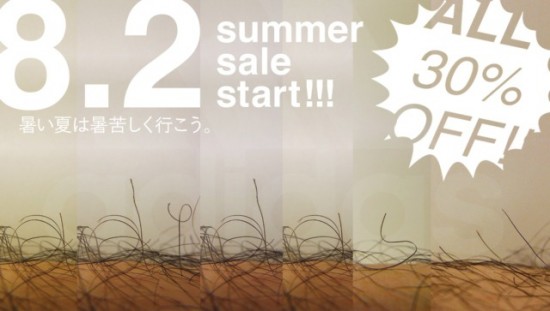 (via World of Wonder)

Relevant to our mutual, and totally-not-weird interest in human hair