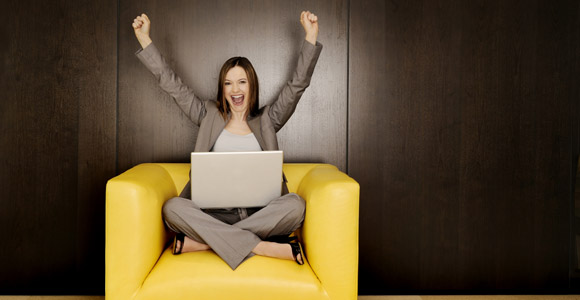 Lean In, Sheryl Sandberg‘s nonprofit created to empower women, has partnered with Getty Images to create a stock photo pool that represents more diverse women in more diverse roles. That’s a good thing! However, as with most things Sandberg does, it has its massively problematic sides.

On the one hand, more diverse representation of women in things like stock photos is a great place to start so that young girls and women see more accurate representations of themselves in the media they view. On the other hand, Getty Images is the most expensive place to get stock photos and many outlets prefer places like Shutterstock or even Creative Commons photos. There’s also the fact that unless a journalist or editor is looking to have a more diverse representation of people included on their article, it’s unlikely they will make any special effort to use these photos. People who already cared about diversity will use them, certainly, but they were probably looking for diverse photos already. Plus, there’s still a general quality of pretty, attractive, posed women of not too different body types in the photos. Writer Michelle Rafter has some suggestions for places to find better images to illustrate blog posts to branch out further than stock photos.

One of the bigger problems, though is the Brian Lehrer show is encouraging women to tweet photos of themselves with the hashtag #notyourstockwoman which they will encourage Lean In and Getty to use in their stock photo pool. As many, many people have now pointed out on this hashtag, there’s a huge problem with claiming to support and empower women while asking them to basically give you free images that you then sell (as Getty Images charges for all their photos). It’s hard enough for women to make equal money with men, and getting free images from women to make a profit is definitely problematic. In addition, there’s been some issues with things like marketer and photographer Vivian Nuñez Antia posting a photo of an African woman she deemed “powerful” to the hashtag… a woman who had not given consent for her image to be used for commercial purposes. Many took offense to this as well as to the use of “powerful” in a way that feels very condescending. Plus, there’s some speculation that the hashtag itself is a rip off of Suey Park‘s hashtag #notyourasiansidekick.

Finally, it must be said that with the money that Sheryl Sandberg and Lean In have they could be doing far more important things than 40 images of women working. Like, maybe, not using unpaid interns. Or doing other things that more actively help women actually get hired and actually make money instead of posting pretty images. Representation is important, and it’s important in all media. But action is also important and necessary for change.