Say "Bonjour" to the #MeToo Backlash | The Mary Sue 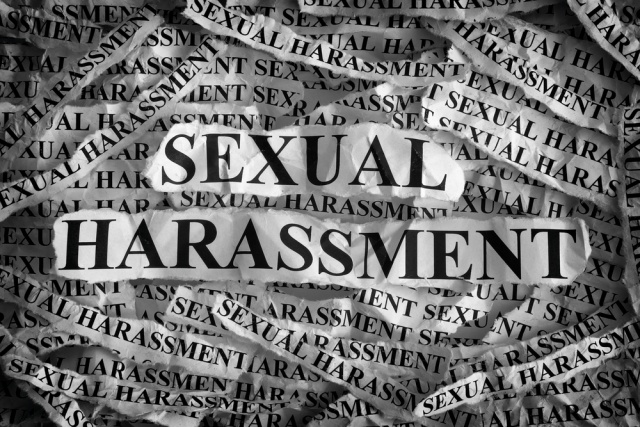 Whenever women make progress, a nasty backlash is never far behind. And sure enough, just like clockwork, the backlash against #MeToo and Time’s Up has begun, with Harper’s reportedly planning to doxx an activist and the French newspaper Le Monde publishing a truly garbage open letter which accuses the recent reckoning with sexual assault of punishing men for flirting, helping “the enemies of sexual liberty,” and pushing “a hatred of men and sexuality.”

(The letter has been translated by a number of publications, each with slightly different phrasing, so I’ve put the name of the translating publication in parentheses beside each quote.)

“We defend a right to pester, which is vital to sexual freedom,” reads the letter (Reuters), which also states that “Rape is a crime. But flirting insistently or clumsily isn’t a crime, and chivalry is not a machismo aggression.” (Rolling Stone)

The letter laments, as all reactionary texts do, the fate of the poor sexual harassers. “As a result of the Weinstein affair, there has been a legitimate realization of the sexual violence women experience,” the letter states, “particularly in the workplace, where some men abuse their power. It was necessary. But now this liberation of speech has been turned on its head.” (New York Times)

“This expedited justice already has its victims,” it continues, “men prevented from practicing their profession as punishment, forced to resign, etc., while the only thing they did wrong was touching a knee, trying to steal a kiss, or speaking about ‘intimate’ things at a work dinner, or sending messages with sexual connotations to a woman whose feelings were not mutual.” (New York Times)

In addition to harming the poor creepers, the letter claims that this movement will do irrevocable harm to sexual politics. “Instead of helping women, this frenzy to send these (male chauvinist) ‘pigs’ to the abattoir actually helps the enemies of sexual liberty – religious extremists and the worst sort of reactionaries.” (The Guardian)

“One more effort and two adults who will want to sleep together will first check, through an app on their phone, a document in which the practices they accept and those they refuse will be duly listed.” (New York Times)

“As women we do not recognise ourselves in this feminism, which beyond denouncing the abuse of power takes on a hatred of men and of sexuality,” the letter says. (The Guardian) “A woman can, in the same day, lead a professional team and enjoy being the sexual object of a man, without being a ‘promiscuous woman,’ nor a vile accomplice of patriarchy.” (New York Times)

I don’t even know where the start with this avalanche of intellectually dishonest nonsense. No one is saying that inappropriate sexual comments in the workplace and rape are equally evil or should be prosecuted the same under the law. They are just saying that both are totally unacceptable, and that both exist on a continuum of patriarchal behavior that contributes to the diminishing, dehumanizing, and stifling of women.

Unfortunately, this letter is only the opening salvo in the pushback yet to come, so we’ll need to be ready for more of these tenuous, disingenuous arguments. First comes the progress. Here comes the backlash.

(Via The Hollywood Reporter, Rolling Stone and Reuters; image: Shutterstock)