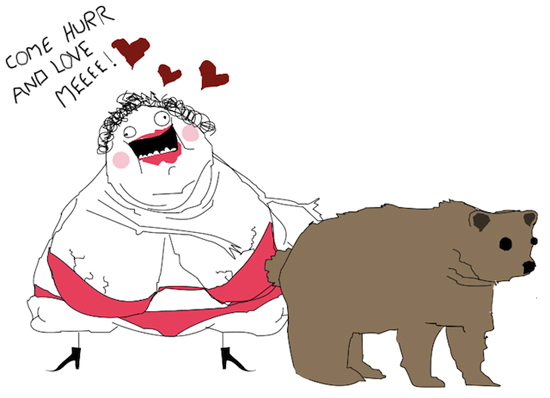 Lawyer Charles Carreon may have bit off more than he could chew when he delivered notice to one Matthew Inman, the creator behind the immensely popular webcomic The Oatmeal. You see, Carreon is representing FunnyJunk, a website that had a spat with Inman last year over infringement accusations. They’re now demanding $20,000 for their trouble. And the internet isn’t happy with that.

In addition to the $20,000, the notice also demanded the removal of all reference to FunnyJunk or FunnyJunk.com from Inman’s website. Maybe the cat will find the bag more hospitable this time. Or not.

But once he received the letter, Inman decided to write a response in his own fashion. In it, he breaks down the letter with a series of witty retorts with a few raised eyebrows. When Carreon quotes the source code as intentional maliciousness, it’s hard to take the rest seriously.

So Inman started a fundraiser wherein he plans to raise the $20,000. But not for the lawyer and those he represents. They get a photo of the money and a lovely picture of FunnyJunk’s mother making sweet, sweet love to a bear. The money will be split between the National Wildlife Federation and the American Cancer Society.

At least, that was the plan. But when the campaign hit over $170,000 in three days, Inman declared he would choose two more charities to receive the benefits in addition to the first two. This all happened as Carreon tried to have the drive shuttered due to Terms of Service violations which the website Indiegogo determined were unfounded allegations.

And now, Carreon has had to remove his contact information from his website to avoid the onslaught of a riled internet. When the revolution came, he was the first against the wall.

(The Oatmeal via Ars Technica, image credit via Matthew Inman)