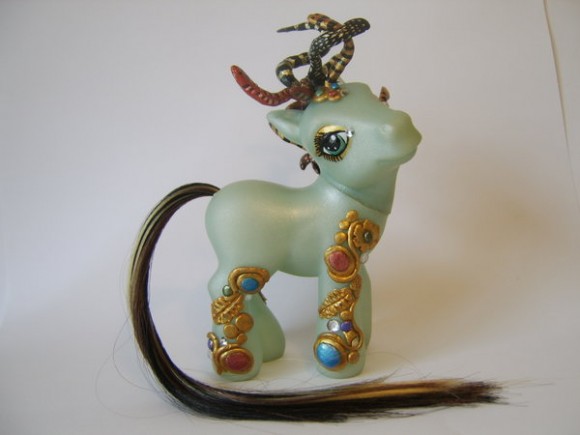 The Wrap gives us all the details on the super cool news:

“Antz” writer Todd Alcott and producer Holly Golden sold the studio with a comedy pitch about a beautiful, young girl who transforms into Medusa, a gorgon whose gaze turns people to stone.

They also write, “Faust told TheWrap the movie will portray Medusa as a decent girl who irks the wrong goddess. After turning into a monster, she learns to embrace what makes her different.” This. I like this.

Faust also touched on something getting a lot of traction recently, which Maleficent screenwriter Linda Woolverton recently commented on.

“In recent years, with movies like ‘Tangled’ and ‘Frozen,’ and not to toot my own horn, the polarity of ‘My Little Pony,’ people are more open to [female protagonists],” Faust told TheWrap. “Just because something is about a girl, that doesn’t mean it’s not for them.”

I think I’m not alone in saying we’re going to be keeping a very close eye on this one. What do you think of the project?

(image via bambikate on DeviantArt)