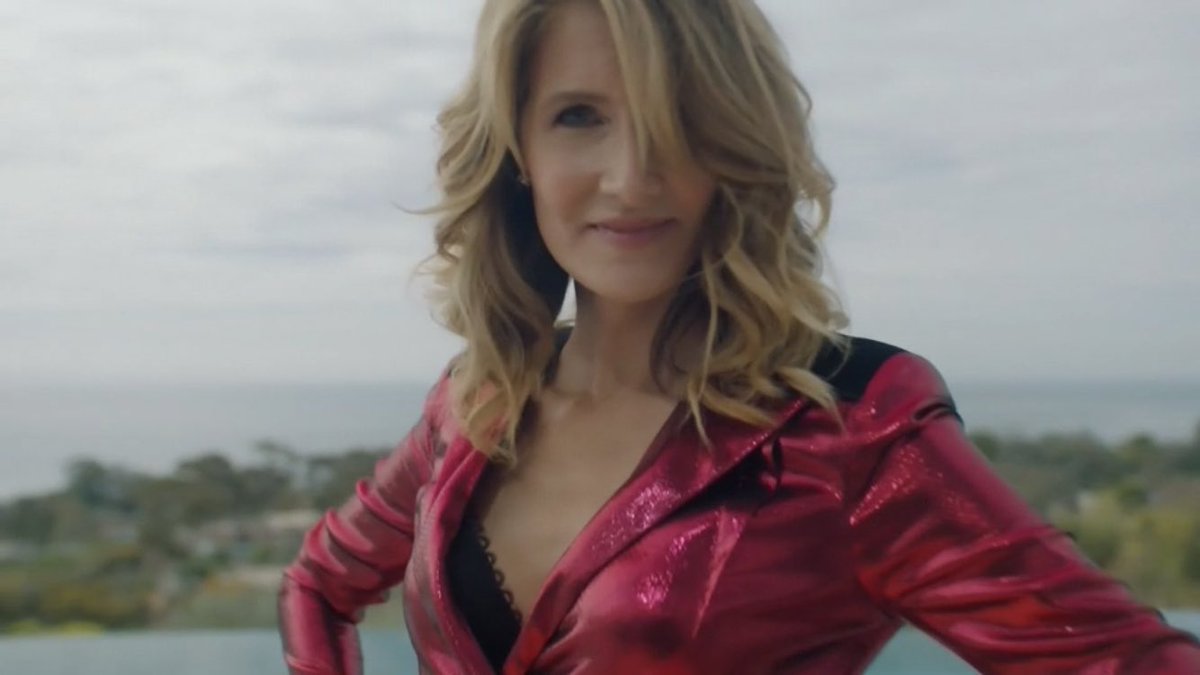 We’ve spent a lot of time listing and ranking various pop culture performances and moments of 2019, and you’ve likely been doing the same. But if there’s one moment, one GIF-able masterpiece of pure imagination that truly defines 2019, it is this: Laura Dern singing “It’s My House” in the season 2 premiere of Big Little Lies.

Laura Dern is terrific in every performance and has been for years, but 2019 felt like the year that everyone truly got behind the Dernaissance. Dern’s Renata Klein, the high-strung helicopter mom of Big Little Lies, spent much of the first season as an antagonist to the other women. But with the events of the season one finale, Renata found herself bound to the other women by their big shared secret of accidentally murdering the abusive Perry Wright (Alexander Skarsgård).

While the first season covered the events of Liane Moriarty’s bestselling novel, the massive success of the miniseries garnered BLL a second unnecessary season, which saw our favorite women behaving badly, with an assist from Meryl Streep’s unhinged Mary Louise. We didn’t need season 2 of Big Little Lies, but we sure as shit needed more Laura Dern in our lives.

The scene features Renata in a photoshoot for a magazine cover about successful women. As she dances in a shiny red power dress in her picturesque oceanfront mansion, Dern sings along to the Diana Ross hit, fully in her element. Renata says, “I’m so tired of those shots of women, I mean, they’re in power right, they own banks and they’re all like, demure. It’s bullshit.”

It’s a great moment of a successful woman owning her power and truly feeling herself. It’s also, unbeknownst to her, a lie. In the next episode, Renata’s husband is arrested by the FBI for insider trading and fraud, brutally destroying the family’s image of success and wealth. Yet another powerful badass woman hamstrung by her attachment to a garbage dude. WHO AMONG US?

Appearances have always been a major theme in Big Little Lies, as the women consistently keep secrets and struggle to project an image of serenity and wellness. Much like social media, these women are putting out a sanitized, polished version of themselves, much to the detriment of their relationships and families.

As the season unfolds, we find out that Renata’s husband has not only bankrupted the family, but he has been having an affair with their nanny. The finale finds a furious Renata going to town on her husband’s prized toy train set with a baseball bat, before exclaiming “Maybe you should have shown a woman a little respect!”

Let’s bring some Renata Klein fierceness into 2020, by unshackling ourselves from the patriarchy and going HAM on the nonsense with the ferocity of one Laura Dern.

RENATA KLEIN YOU NEED TO UNDERSTAND THAT I FUCKING LOVE YOU #biglittlelies pic.twitter.com/zV6xzISAv0