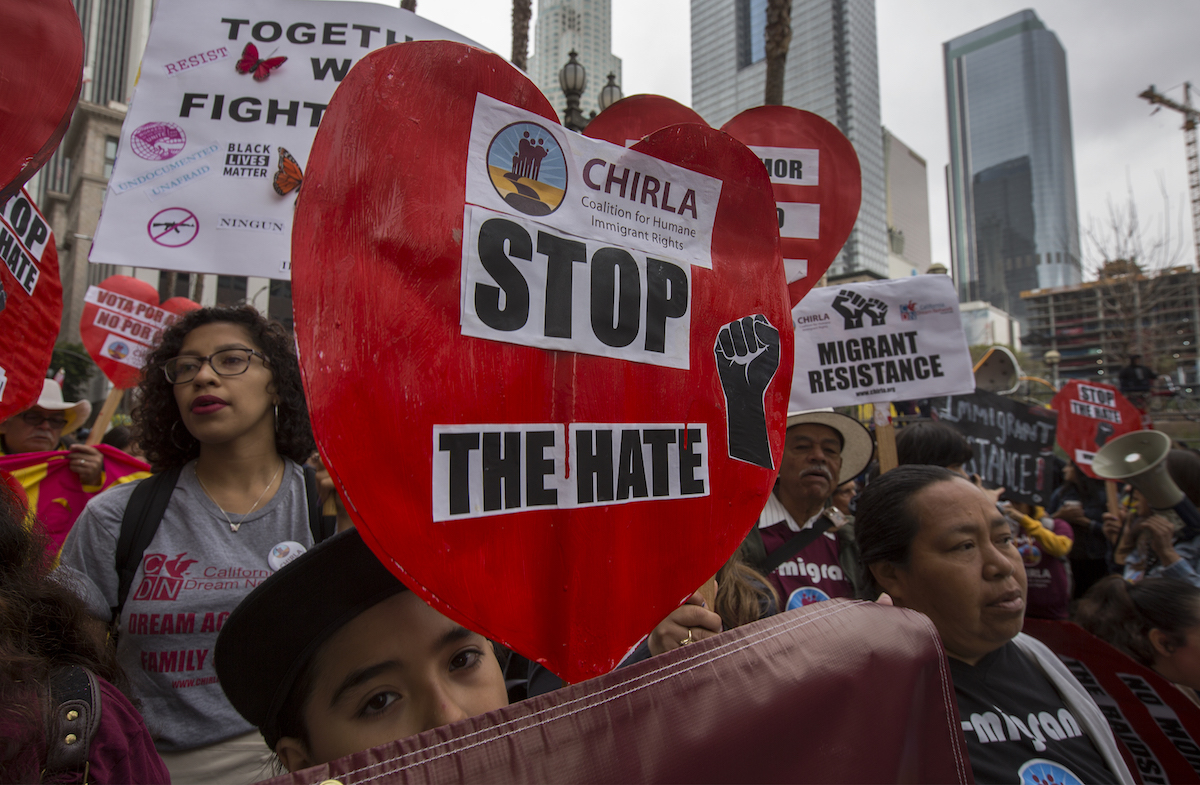 We saw last week how racism took the spotlight after the body of Mollie Tibbetts was found after weeks of searching. Republican leaders and conservative media figures used Mollie’s death as a weapon in their war on immigrants. Even Tibbets’ own family members said they didn’t want her death politicized and used for hate in that way, and looking at Mollie’s progressive, politically active Twitter account, it’s hard to imagine she wouldn’t have felt the same.

Unfortunately, the racist reaction to her tragic death has only continued to grow. A scheduled Latino cultural festival in Perry, Iowa (approximately 100 miles from Brooklyn, Iowa, where Tibbetts was murdered) has been canceled due to safety concerns for those involved. The ¡Viva Perry! Latino Festival has been postponed indefinitely, according to a local news outlet.

As The Hill reports, another similar festival was cancelled in nearby Iowa City. A statement from the Iowa City Latino Festival deftly directs attention back to the real issue at hand.

“This tragic event should be a reason to work even harder to eliminate gender-based violence,” the statement reads; “we are mourning as everybody the loss of Mollie Tibbetts, Sadie Alvarado and all the women that have lost their lives in a way that it is difficult to understand and assimilate.”

Sadie Alvarado was a young Latina woman whose body was found during the search for Tibbetts. Many felt the treatment of Alvarado was disrespectful and dismissive, as her body was determined not to be that of Tibbetts’ and was denied any further media coverage. Alvarado was reportedly left on the side of a rural Iowa road by her white boyfriend, but it’s not clear yet how she died.

Trump & Co. (with the help of racist media personalities like Tucker Carlson and Laura Ingraham) are working hard to convince white Americans that the reason Mollie Tibbetts is dead, is because of illegal immigration, that immigration inevitably brings crime and puts (white) Americans in danger. And it’s terrifying that it’s working, to the point that Latinx people don’t feel safe participating in cultural festivals.

Mollie Tibbetts was (allegedly, as he’s still facing trial) murdered by one man, Cristhian Bahena Rivera, whose immigration status is disputed. But even if he is undocumented, that fact cannot be used as an explanation for or a cause of Mollie’s death without deliberately engaging in some serious logic gymnastics.

Study after study has shown that immigrants–documented and undocumented alike–commit crimes, especially violent crimes, at rates far lower than American-born citizens. Murders committed by strangers are dramatically less common than those committed by people in the victims’ lives. When women are murdered, it is nearly always at the hand of an intimate partner. Tibbetts was killed after rejecting Rivera’s sexual advances. His reaction is not indicative of the actions of immigrants, but it very much is an all too familiar example of male entitlement and violence.

Tibbetts’ family continues to push back against the racist right’s co-opting of Mollie’s murder, and encouraging everyone to focus on the real motivation behind her death and so many other women’s deaths: toxic masculinity.

“We must be willing to address the way we raise our boys and young men, so that violence is not a part of their response to this world,” that relative wrote. “Like the recent murders of the Colorado family or the similarly tragic homicide of Kate Steinle, Mollie’s death is further example of the toxic masculinity that exists in our society.”

The racist branch of conservative media and politics twist these facts into an argument that liberals care more about Rivera and all undocumented immigrants that we do Mollie Tibbetts. That’s not just insulting to liberals, it’s insulting to and dehumanizing of Tibbets herself. Everyone wants to see her killer punished. But the fair punishment for even the most horrific crime does not come with the vilification of all Hispanic immigrants. That’s not justice, that’s just racism.