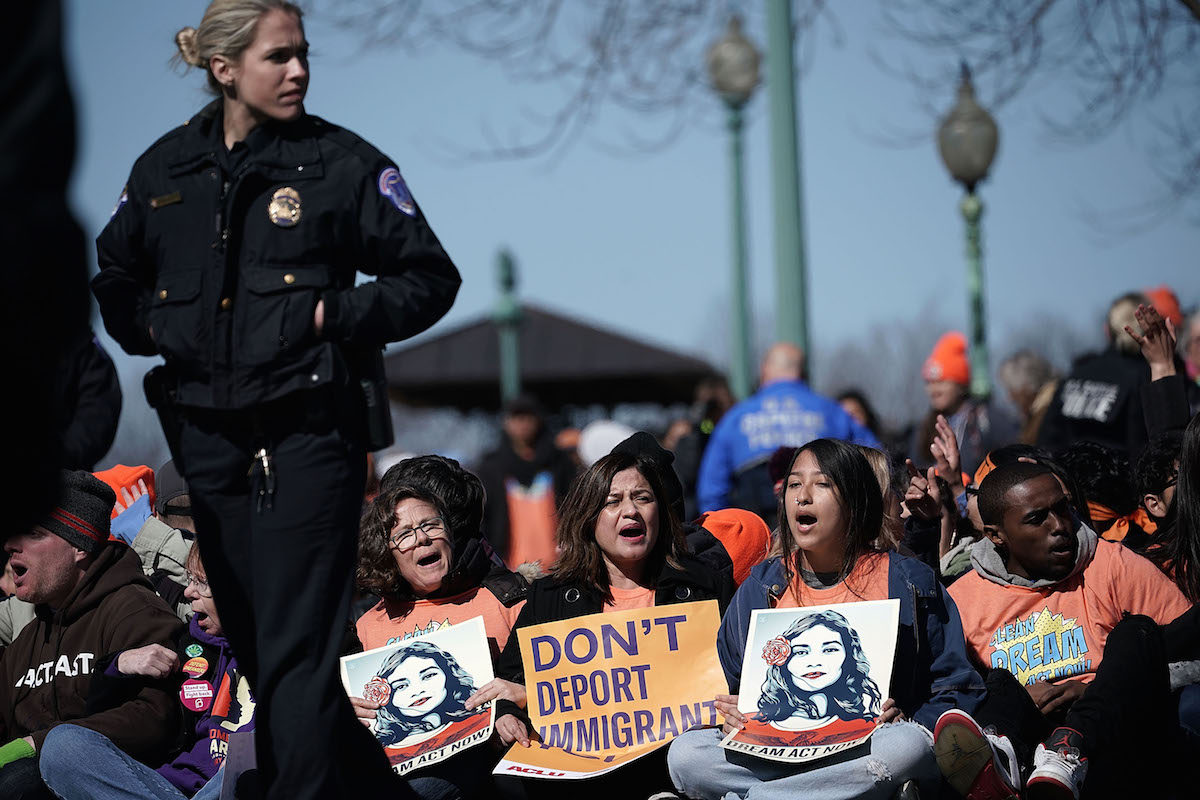 Yesterday, a body believed to be that of Mollie Tibbetts was found weeks after the 20-year-old Iowa student went missing during an evening run. It’s a devasting end to a search that’s lasted weeks. The man suspected of abducting and killing her is 24-year-old Cristhian Bahena Rivera, who lived in Iowa as an undocumented immigrant for a number of years. Immediately, a number of Republican politicians and conservative media figures began weaponizing and politicizing that fact to make this woman’s murder an argument against immigration, and it is truly despicable.

Shortly after the news broke, Trump was at a rally in Charleston, West Virginia, and he told the crowd that American immigration laws are “a disgrace.” He also asked the crowd if they’d heard about “the illegal alien” from Mexico, despite the fact that Rivera’s lawyer insists claims of an “illegal” status are false.

Iowa’s Republican governor criticized a “broken immigration system” that “allowed a predator like this to live in our community.” The White House is also putting out videos like this:

For 34 days, investigators searched for 20-year-old Mollie Tibbetts. Yesterday, an illegal alien, now charged with first-degree murder, led police to the cornfield where her body was found.

The Tibbetts family has been permanently separated. They are not alone. pic.twitter.com/BBskwHEJoU

The communications director for the conservative organization Turning Point USA had a particularly awful take:

Leftists boycotted, screamed, and cried when illegal immigrants were temporarily separated from from their parents.

They will NEVER see their parents again.

There are others like Candace there who are practically (if not entirely) gloating over this issue, as if they’re “owning the libs” and providing proof that Democrats and liberals are too soft on immigration issues. What they do not seem to care about is that an actual woman was murdered, only how her death promotes their agenda—or, more accurately, how her death makes Democrats look bad.

Former Speaker of the House Newt Gingrich said exactly that in an email to Axios reporter Mike Allen, checking to make sure they’d be covering the story specifically so that it would overshadow the Cohen/Manafort news and hurt Democrats in the primaries.

“If Mollie Tibbetts is a household name by October, Democrats will be in deep trouble,” he wrote. “If we can be blocked by Manafort-Cohen, etc., then GOP could lose [the House] badly.”

People like this do not care about the death of a young woman. If they did, they might show interest in issues like toxic masculinity, entitlement & rape culture, or any of the other motivations that drive men to stalk and kill women. Instead, they’re trying to convince voters that “illegal immigration” is in itself a cause of death or a motivation for murder.

These are the same people who claim liberals are “politicizing” tragedy by wanting to talk about gun reform following a mass shooting, but are fine borderline celebrating a woman’s death because it works to vilify all Hispanic immigrants.

Mollie Tibbett’s cousin took to Twitter to call out this kind of behavior, specifically responding to Candace Owens.

hey i’m a member of mollie’s family and we are not so fucking small-minded that we generalize a whole population based on some bad individuals. now stop being a fucking snake and using my cousins death as political propaganda. take her name out of your mouth. https://t.co/xxZNBF0Uv9

as a member of Mollie’s family, thank you. attn Trumpists: Mollie’s death is not political propaganda to bring up your “build the wall” bullshit. stop. https://t.co/rX52qTzbxT

Her aunt has also released a statement with a similar sentiment.

“Please remember, Evil comes in EVERY color. Our family has been blessed to be surrounded by love, friendship and support throughout this entire ordeal by friends from all different nations and races. From the bottom of our hearts, thank you.” https://t.co/pq4JM2KZHB

What those conservatives are doing is nothing more than fear-mongering, and it dehumanizes the actual victims of these crimes. This isn’t the first time Trump and other Republicans have done this, and it won’t be the last. Fear is a very convincing weapon, and they’re going to use it any way they can.

It is possible to mourn the death of a young woman, and to condemn her killer, without turning them both into symbols to be used for a racist attack on all Hispanic immigrants.