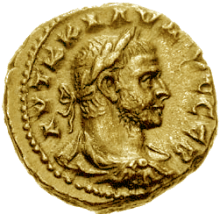 Gotta love Google for undertaking geeky projects with little commercial value for their own sakes: The company announced that Google Translate will now work for Latin. Appropriately, the post by “Jakob Uszkoreit, Ingeniarius Programmandi” was written entirely in Latin.

Aside from being a nifty curiosity that will probably drive high school Latin teachers with lazy students crazy, there are two things worth noting about this. First, as Google points out in their post, the translator won’t be much help for translating YouTube videos, but it will be useful as applied to “ancient books of philosophy, of physics and of mathematics are written in Latin” and to the “many thousands of books [that] are in Google Books, who have whole passages in Latin.” (Props to Google, by the way, for resisting the urge to cheat and tweak their Latin translator to work perfectly on their own post.)

Second, this was more challenging for Google to set up than most of their translation programs: While Google’s normal approach is to feed a ton of documents to Google Translate and let statistical machine translation do the rest, this translation was tricky because most Latin texts have already been written; however, this allowed them to compare their work to scholarly translations for accuracy.

This isn’t the first time that Google has hinted at its love for Latin: There’s also a Latin landing page for Google.com.