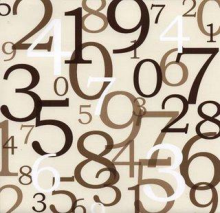 If you’re the kind of person who reads Geekosystem, you probably already know how hard true random numbers are to come by. If you don’t, let me break it down for you: Really hard. Computers have an especially hard time creating random numbers since they operate by algorithm. Sure, you can get a pseudo-random number by using a “randomly” selected seed and running a whole bunch of operations on it, but that’s still not random. For that matter, neither is rolling dice. Granted, we generally don’t have enough information to predict the outcome, so rolls are effectively random, but not actually random. Now, Ottowa physicist Ben Sussman has come up with a way to create large quantities of true random numbers, with science!

The process works a little something like this. Sussman takes a laser, and fires a several-trillosecond burst through a diamond. In the process of going through the diamond, the laser fundamentally changes in completely random ways, providing those true random numbers everyone craves. That’s right. Ben Sussman makes random numbers by shooting lasers at diamonds, for science. This is exactly the kind of experiment I imagined scientists doing when I was about 6 years old. The only way this could be cooler is if it were all going down in space.

At this point you’re probably thinking, “So what’s so random about this? After all, if dice rolls aren’t random because we theoretically could predict them, what makes this laser-diamond stuff any different?” Well, we theoretically can’t predict these numbers. It’s not that we don’t know how the light changes inside the diamond. It’s that we can’t know. It is unknowable. To know would defy the very laws of physics.

As you can probably guess, quantum physics is to blame for this one. While traveling through the diamond, the laser experiences a quantum fluctuation, and according to the Heisenberg uncertainty principle, it is literally impossible to figure out what happened in there; all we can do is take a look at what’s coming out the other side. Basically, when you shoot a laser through a diamond, quantum physics does a whole bunch of stuff that is literally impossible to know, ever. Are you getting this?! This is science, baby!

It may seem like an arbitrary pursuit to go so far to get true random numbers. Maybe dice rolls are good enough for you. Maybe you don’t see the fun in shooting lasers at diamonds. Be that as it may, pseudo-random numbers, especially computer generated ones, are not good enough for one particular, important field: Cryptography. The ability to generate true random numbers, in quantity I might add, could revolutionize the field of cryptography by finally allowing access to encryption keys that literally can’t be reverse-engineered. The only way to unlock data encrypted with a true random number is brute force, and that can be an impossibly time consuming endeavor.

With digital data transmission becoming ever more the norm and information theft becoming more and more of a serious threat, true random number encryption stands to be a huge game changer and would require any hacking attempt to have absurd processing power and even more absurd luck. Also, these numbers are the product of shooting lasers at diamonds. Can’t forget about that.

Relevant to your interest in “SCIENCE!”