So far no one who tasted it has died or grown any chin-tentacles yet, either. 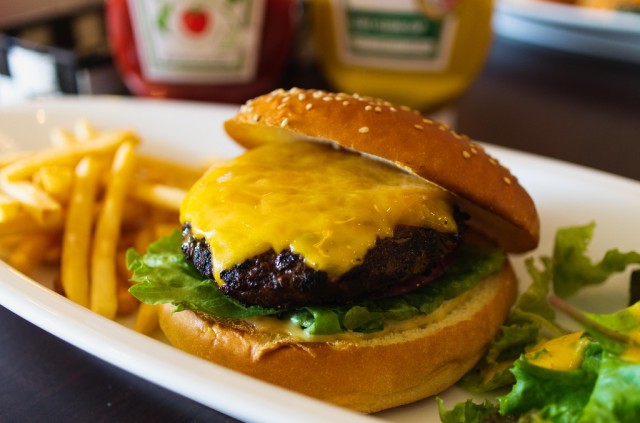 Remember that lab-grown stem cell burger we told you about last week? Well, a few food critics actually got the chance to taste the “burger” in central London today, and they said it’s actually pretty good. It’s still not meat, but hey, it’s better than a veggie burger. Those things are the worst.

The original burger was first presented to the world as white-grey in color and very definitely not from a cow at first glance. For the taste test it was colored red with beet juice and flavored with seasoning. The meat was cooked by chef Richard McGeown and served to critics Hanni Rutzler and Josh Schonwald, who were surprisingly into it.

Rutzler told the BBC that, “there is quite some intense taste; it’s close to meat, but it’s not that juicy. ” Schonwald added, “The mouthfeel is like meat. I miss the fat, there’s a leanness to it, but the general bite feels like a hamburger.” Hey, food critics: can we get a better word for “mouthfeel” than what we’re currently using? Even when we’re not talking about artificially lab-grown meat, that sure is one creepy phrase.

All kidding aside, growing meat wouldn’t just be a way to get vegans off your back for killing animals — this technology could be useful in tackling food shortages and meeting the growing demand for meat in a sustainable and environmentally-friendly manner.

Of course, the lab-grown stuff is still absolutely a work in progress, as scientists can only currently make it in small quantities and at great cost. The burger served today cost $330,000. Larger amounts would require an artificial circulatory system to distribute nutrients and oxygen to the cells. Gah.

If you’re curious to see firsthand how exactly the burger was prepared, by the way, BBC News has video of the taste test, which is sure to go viral if either of these food critics unexpectedly drops dead over the next 24 hours or so. I mean, there’s totally no way that’s going to happen… but you never know.

(via BBC News, image via no_typographic_man)