Kumail Nanjiani and Emily V. Gordon Are Making a Movie Together!

Judd Apatow is producing and Michael Showalter is set to direct. 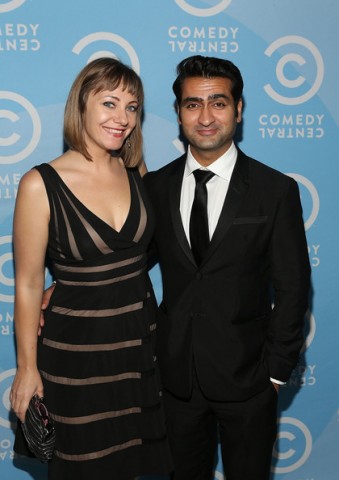 How’s this for exciting news out of Hollywood? Earlier this week it was announced that Silicon Valley cast member Kumail Nanjiani and producer-writer Emily V. Gordon (who also happen to be husband and wife and podcast co-hosts) have officially found a producer and director for their latest project.

The film, called The Big Sick, will be a comedy inspired by actual events that happened to Nanjiani and Gordon–and Judd Apatow is coming on board to produce. Michael Showalter, who is best known as one-half of the team behind the cult classic Wet Hot American Summer is currently attached to direct.

We’re big fans of both Nanjiani and Gordon’s work for sure. Nanjiani is a self-professed X-Files die-hard fan and hosts a podcast where he discusses the series; in addition to starring in Silicon Valley, he’ll be appearing in an episode of the revival set to start airing in January. Gordon recently released her first book called Super You: Release Your Inner Superhero and also acts as executive producer on The Meltdown with Jonah and Kumail. (Yep, that same Kumail. These two are non-stop!)

No release date for The Big Sick has been announced yet, but we can’t wait for that announcement when it comes.