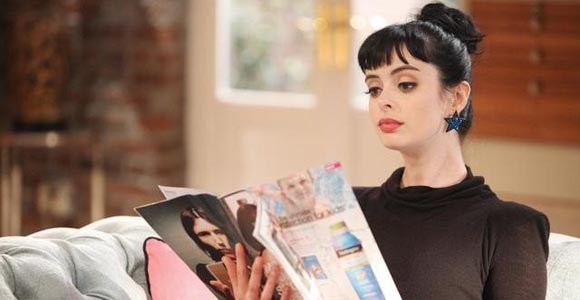 Just recently we told you about Will Ferrell’s new production company set to focus on female-led television and film comedy projects. I think this project it too new to fall under their umbrella but it totally fits. Don’t Trust the B star Krysten Ritter is leading a new NBC series called Mission Control where she’ll play a NASA engineer in 1965.

The Hollywood Reporter writes, “The workplace ensemble comedy, from executive producer Will Ferrell, is set in 1962 and in the tone of Anchorman. The single-camera comedy examines what happens when a strong woman butts heads with a macho astronaut in the race to land on the moon.”

Your mileage may vary on Anchorman, and this series has the potential to go terribly wrong, but we’re hoping it doesn’t because LADY NASA ENGINEER! But here’s the gist:

Ritter will star as Mary, the tough girl and head engineer who leads the Apollo team at Mission Control at the NASA Manned Space Center (in 1965). She’s a woman in a man’s world who is super-smart, brisk without being brusque and immensely capable without losing her feminine appeal. When Tom Stone is brought in to add balance to Mission Control, Mary sees it as a sexist attempt to undercut everything she has done.

Malcolm Barrett and Jonathan Slavin are also set to star with It’s Always Sunny in Philadelphia’s David Hornsby writing the script. We’ll next be seeing Ritter reprise her role of Gia in the Veronica Mars movie (woo!).