"Some people said some really not nice things about the fact that there were women." 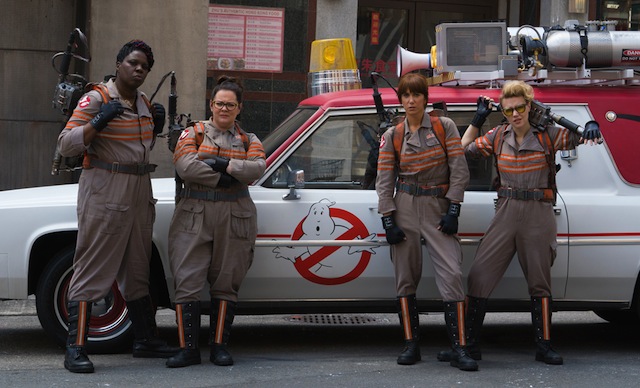 Sigh. Just when we think we’re out, they pull us back in.

In an interview with the Los Angeles Times, Ghostbusters cast member Kristen Wiig was asked about her thoughts on the public reaction to the reboot—because we still can’t move past the fact that this is an all-female cast, apparently. To her credit, though, Wiig had a pretty thoughtful and understandable response. To sum up? Like the rest of us, she frankly didn’t get what all the fuss was about to begin with.

Wiig admitted that she’s never worked on a project with this much controversy attached to it, for starters:

And the fact there was so much controversy because we were women was surprising to me. Some people said some really not nice things about the fact that there were women. It didn’t make me mad, it just really bummed me out. We’re really honoring those movies.

We’ve made no secret in the past about our excitement for this movie; one of our contributors wrote a great piece on why those sexist responses are essentially garbage. So we’re scratching our heads right along with Wiig—who honestly shouldn’t still have to be fielding questions about it since the movie is pretty much in the can. It’s going to come out. Get used to it.

While Wiig was originally catapulted into the spotlight after her turn on Saturday Night Live and in films like Bridesmaids, she also manages to have the perfect answer for this interviewer who asks if it’s “unusual” that she would be starring in a movie like The Martian (which, frankly, she was fantastic in):

Why wouldn’t I want to do a Ridley Scott movie about someone stranded on Mars starring Matt Damon and Jessica Chastain? Aren’t we supposed to do as many things as possible and wear as many colors as we can? That’s why I like this art form.

If Wiig wants to try her hand at every genre under the sun, she has every right to pursue the kinds of projects she’s interested in. Comedy or drama, she’s already proven herself to be a dynamic actress. It’s unfortunate that people are still coming around to the idea of taking her seriously.