Korrasami Lives! Janet Varney and Seychelle Gabriel Will Do a Live Reading of the Turf Wars Comic. 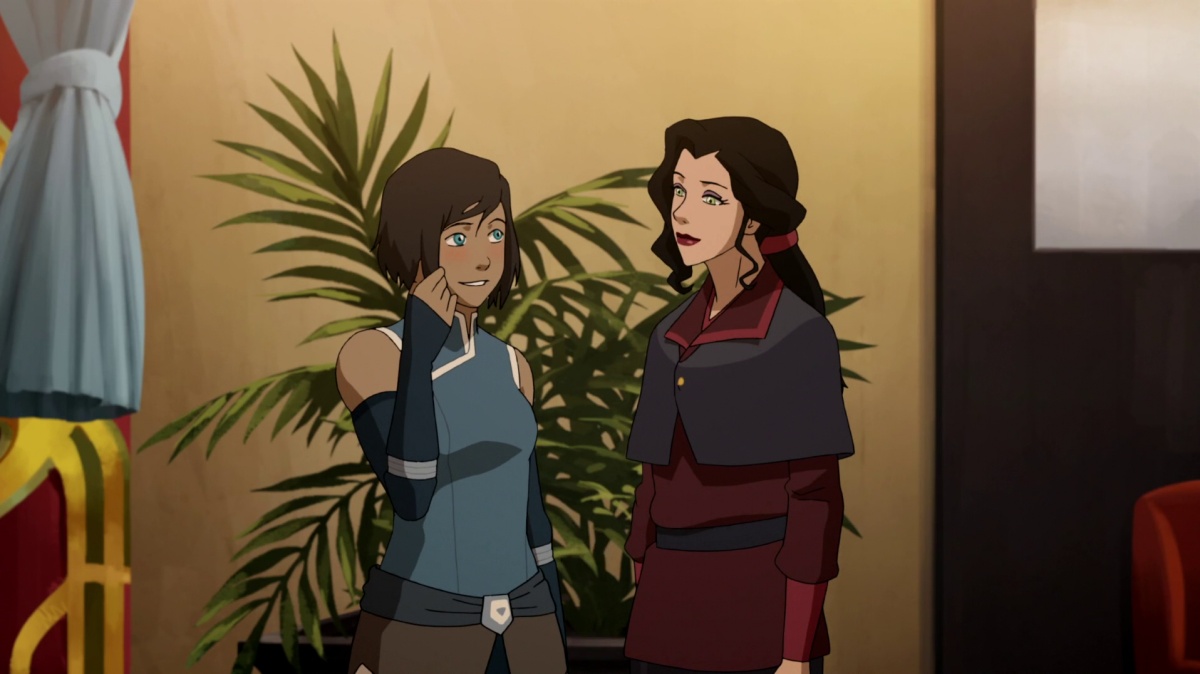 Bisexuals rejoice, the ship that rocked our worlds is returning. Voice actors Janet Varney and Seychelle Gabriel will reprise their roles as Korra and Asami to perform a live reading of the first chapter of Turf Wars, the three-part graphic novel spinoff of The Legend of Korra. According to io9, the event is being organized by Dark Horse, publisher of the graphic novel, who will stream it via their Twitch channel on Monday, April 6, at 5PM EST. Hey, that’s my birthday!

Turf Wars takes place directly after the events of the series finale, with Korra and Asami going on a gay vacation and finally getting to show their sapphic affection in a way that was not fully permitted while the show was on the air. We get to see the two together, relaxing in a relationship, and it’s healthy, beautiful, and satisfying.

I know a lot of people have always been disappointed that we didn’t get more than very heavy subtext in the show plus a handhold, but I will always appreciate that despite having to maneuver around everything standing in the way, the show brought us this relationship between two bisexual women. It’s canon and endgame, and despite two very flawed opening seasons of The Legend of Korra, they make it worth it in the end.

While this may not be a fully animated reenactment, we will get to hear Korra and Asami being happy and romantic, so honestly, I’ll take it.

In addition to the live stream, fans will be able to follow along with a free digital excerpt of The Legend of Korra: Turf Wars via Dark Horse Digital two hours before the event. “The reading will be followed by a moderated Q&A session, with questions taken from the live-stream chat, and will also involve a giveaway,” according to Tor.com.

This Monday the 6th at 2p PST! @seychellegab and I read LIVE from @DarkHorseComics & @Nickelodeon’s Turf Wars! #korra https://t.co/TIK6JwIElj pic.twitter.com/C2z7bGCCgk

I started rereading my copy of Turf Wars when I heard the news, and honestly, it’s just a really fun queer read. There’s a lot more development of the LGBTQ world within the Avatar universe, and while I know I don’t want a continuation to this franchise (please don’t do it), I think the comics have allowed people to see themselves in Korra, Asami, and Kya—yes, Aang and Katara have a lesbian daughter.

This Monday the 6th at 2p PST! @seychellegab and I read LIVE from @DarkHorseComics & @Nickelodeon’s Turf Wars! #korra https://t.co/TIK6JwIElj pic.twitter.com/C2z7bGCCgk

I’ll be looking forward to catching this live stream to get all my wlw feelings wrecked. Your move, She-Ra. The sapphic feels gauntlet has been hardcore thrown.