Rest Easy, Everyone. Korg Is Coming Back for 'Thor: Love and Thunder'! | The Mary Sue

Rest Easy, Everyone. Korg Is Coming Back for Thor: Love and Thunder! 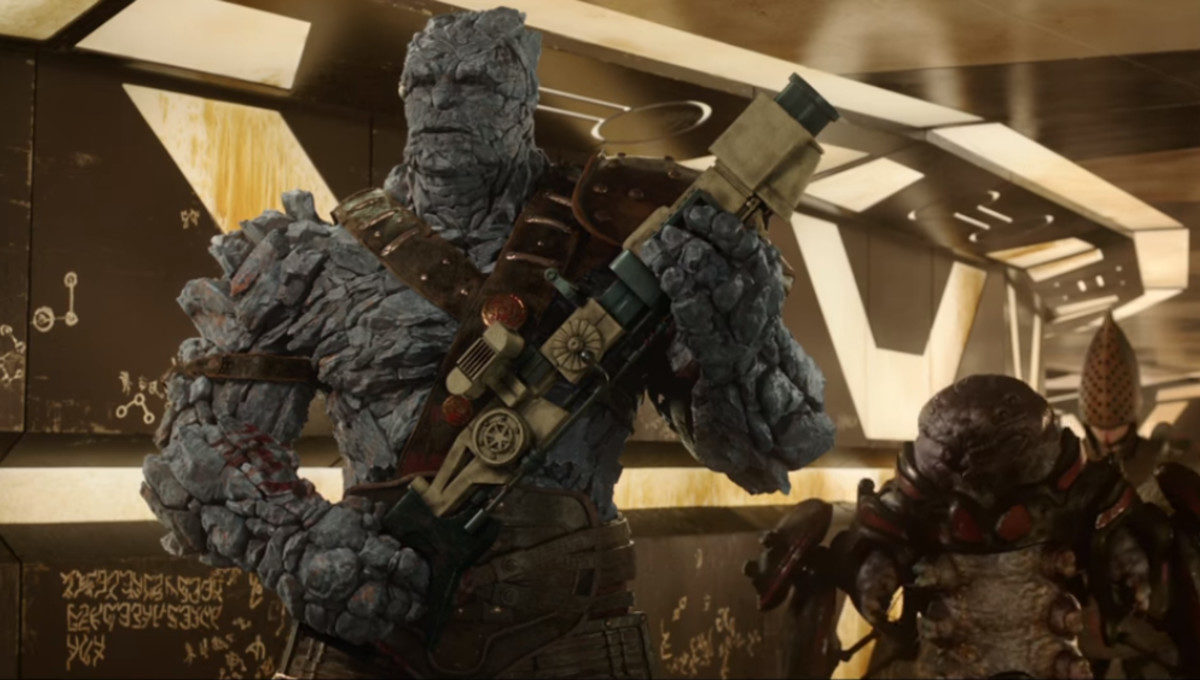 Korg might not have been the star of Thor: Ragnarok, but he did steal our hearts, and now, we’re getting more of him in Thor: Love and Thunder! With very little information about the fourth movie in the Thor franchise out there, we have to search for our news on our favorite God of Thunder in the depths of the internet—or just wait until Taika Waititi has a movie to promote, apparently.

In an interview with Jimmy Kimmel to promote his new movie Jojo Rabbit, Waititi talked about everything from sleeping on the set of his movies to how much he’s actually done for Thor: Love and Thunder. (Spoiler: he’s actually done a few drafts now, so he has moved away from that title page). This interview did give us quite a lot of stuff to speculate on—mainly how Waititi pitches his movies to studios, because it seems as if he just writes his entire screenplay and then sends it around, which is hilarious to me.

Honestly, I think Korg’s inclusion is more just so Waititi has a part in the film. The character, voiced by the writer/director, is the comedic relief we’ve come to know from Waititi, and that follows through with his cameo in Avengers: Endgame. That movie found Korg hanging out with Thor in his little hut on New Asgard, playing videogames and having Thor fight mean teenagers on the internet for him, all while wearing Taika Waititi’s famed pineapple ensemble that he wore at San Diego Comic Con in 2017. So, basically, it’s just Taika Waititi if he were a large man made of what is, presumably, rock.

Before we see Waititi take on Korg once more, you can see him as Hitler in Jojo Rabbit, a movie I absolutely adored. He brings a satirical depiction of Adolf Hitler to life and plays him as the imaginary friend to a small Nazi boy. While describing the movie sounds a bit absurd (and even Waititi pointed out that he couldn’t really pitch the movie), it’s a beautiful tale and a heartbreaking look at that point in history, as well as a sense of compassion that is still lacking from the modern era.

I’m just excited that Waititi is coming back to direct another Thor movie, and the fact that we’re getting more Korg is just a bit of icing on the already delicious cake. Can’t wait to get double the Thor in Thor 4!