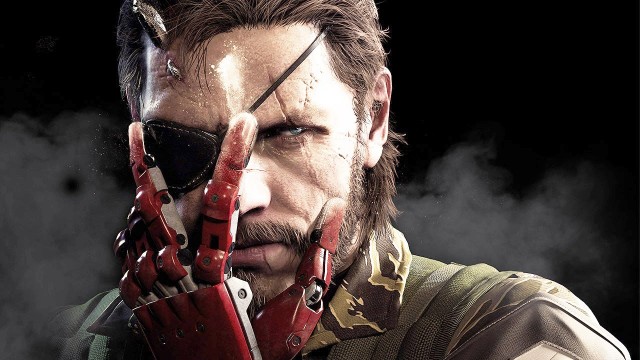 During last night’s Game Awards, Geoff Keighley announced that Metal Gear Solid director Hideo Kojima would not be present to accept any awards for the game due to Konami allegedly blocking him from attending the event. Keighley said that Kojima was told by a lawyer representing Konami that he was not allowed to travel to the awards show, so Keifer Sutherland (who voiced Snake in MGS V) had to accept one of the awards on Kojima’s behalf.

He’s still under an employment contract. And it’s disappointing and it’s inconceivable to me that an artist like Hideo would not be allowed to come here and celebrate with his peers and his fellow teammates.

The audience in attendance booed in protest. Twitter was similarly aflame with commentary.

This is a photo of Hideo Kojima trying to get to #TheGameAwards before he was caught by Konami pic.twitter.com/IbJd4hqFBX

Yes, I just started this booing myself in here. #TheGameAwards love you @HIDEO_KOJIMA_EN tell it like it is @geoffkeighley

Trying to think of a funny joke about Konami banning Hideo Kojima from The Game Awards, but all that comes to mind: pic.twitter.com/TIm3BhBmuX

You can watch the announcement, as well as Sutherland accepting the award, below, as captured by Kotaku.

It’s also important to note that at the PlayStation Awards, where Kojima was often a fixture due to his long involvement with Metal Gear and PlayStation, a Konami PR rep accepted an award on his behalf again. That prompted early speculation that he may have been attending The Game Awards, but as we can see, that was not the case.

This move by Konami has been costing them fans, who seem to be ditching their support of the studio in droves. Frankly, barring an artist from being able to celebrate with their team and accept the recognition they’ve earned is just low and speaks to either a real insecurity or severe oversight. Whatever it is Konami is trying to do is backfiring extremely hard, and it may be too late for them to course correct.